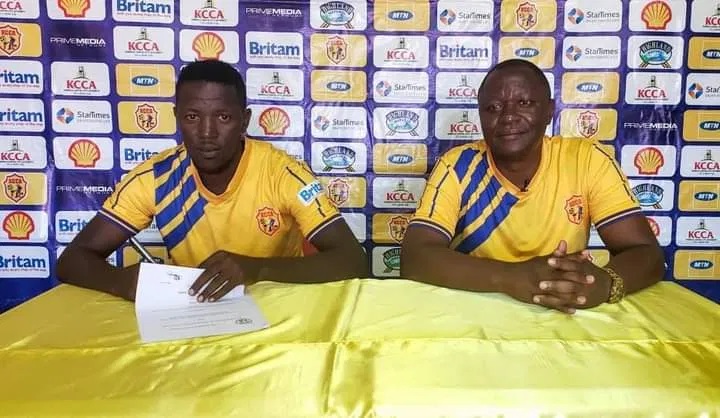 KCCA FC signed Juma Balinya on a 3-year deal, with the attacking midfielder hailing the club’s level of professionalism.

The new recruit from Gor Mahia had an exclusive interview with KCCA FC TV that aired on Sanyuka TV.

“I am so happy,” Balinya said. “KCCA Football Club is the best team in Uganda, and every player would wish to play for them.

“As a footballer, I always look forward to playing well.

“I won the golden boot in the 2018/19 StarTimes Uganda Premier League season playing for Police Football Club, and I want to win it again playing for KCCA.

“I chose to join KCCA because they are the most professional football club in the land. KCCA is a big stepping stone for me.

“I am always ready for competition because, without it, one cannot grow in the sport.

“KCCA has so many good players. However, I always look at myself as the best player, and I am going to work hard to prove it.

“My first target is to be the top scorer of the StarTimes Uganda Premier League. KCCA fans should expect a creative and goal-scoring Juma Balinya.”

“Juma Balinya is going to play in the midfield, where he will compete with Ashraf Mugume and Steven Serwadda.

“As a scoring attacking midfielder, Balinya will also help the frontmen in terms of scoring goals.”

Hit the ‘play’ button on the video below to watch Juma Balinya’s first major interview with KCCA FC TV.