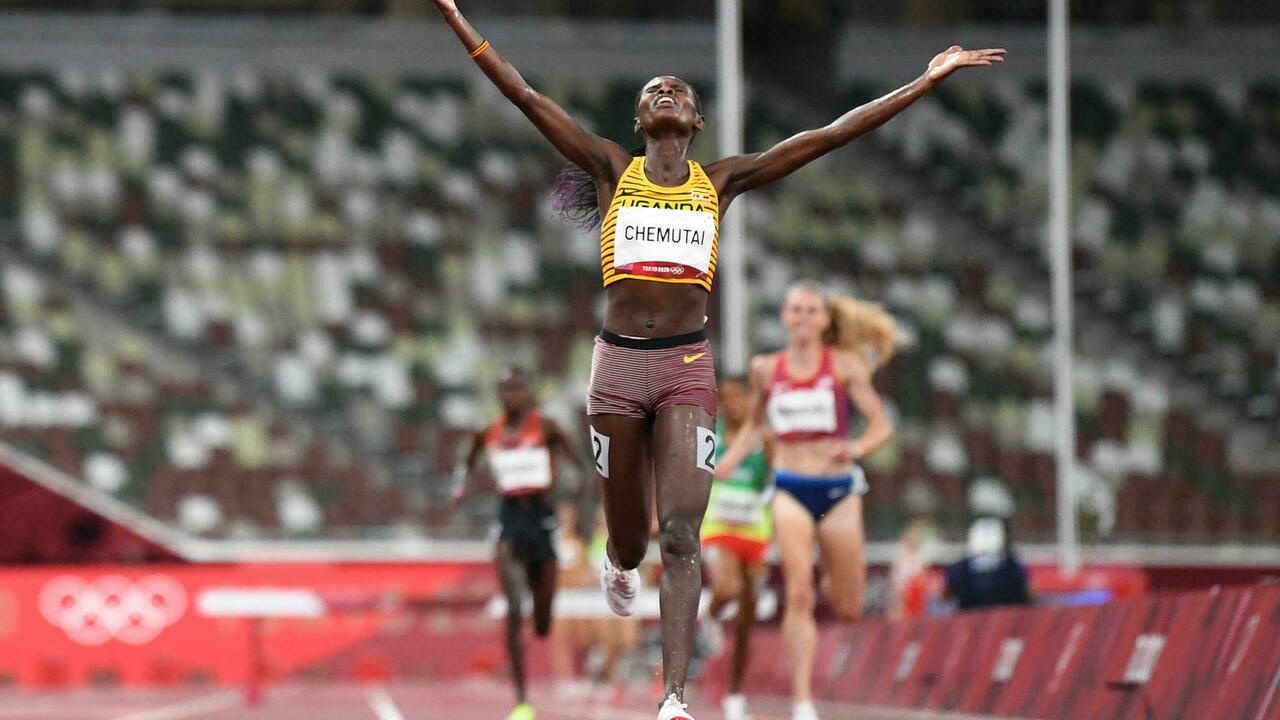 It was a dark ending of 2020 with the murder of Uganda’s boxing icon Zebra Senyange in cold blood by un-identified security operatives.

Fortunately, 2021 brought smiles to the sports fraternity, which, in spite of the devastating effect of COVID-19, the country made headlines on the globe with several medals brought home

Grace Lindsay Mbabazi looks back through the key moments that made the year memorable for Ugandan sport.

Despite the disorganization caused by the COVID 19 pandemic globally, 2021 will go down in history as Uganda’s most successful year at the Olympics at least for now.

In spite of the largely poor preparations that the team had, Team Uganda rose from their ruins to scoop two gold medals, one silver and a bronze, the country’s most successful outing at the games.

The most outstanding was perhaps Peruth Chemutai who on the 4th of August shocked the world with an unexpected gold medal show in the 3000m steeplechase to become the first female to win Gold for Uganda at the games.

Two days later, the usual suspect Joshua Cheptegei, who had been beaten at the 10,000m gold, rejuvenated himself in the 5000m to win his first Olympic gold medal, the only major honour missing in his collection.

This success story is what saved Uganda from the shame of the weightlifter Julius Ssekitoleko who had disappeared from the camp and was at large in Japan.

For the wrong reasons, Ssekitoleko, became the world’s most wanted athlete, yet back home, his expectant girlfriend was homeless.

Luckily, Sseki as he is popularly known, later turned himself in and was flown back only to be arrested upon arrival. He was detained and questioned for a couple of days before he was reunited with his family.

After the Olympics, came the AFRO Basket in Rwanda and the drama that preceded it.

With just days left to the tip off of the biggest basketball competition on the continent, the Federation of Uganda Basketball associations (FUBA) was cash strapped, needing close to one billion Uganda shillings to get the Silverbacks ready.

As the team stared into the unforeseen future, then came the unexpected saviour in the name of Bernard Ogwel from the National council of sports who handed over 234 million Uganda shillings to FUBA president Nasser Sserunjogi, in a ‘sack’.

In spite of this mega boost, drama continued in the tournament, with reports from Kigali suggesting that Uganda’s contingent was to be thrown out of the hotel for failure to clear their bills. This time, the first son intervened and saved them.

None the less, the Silverbacks put on an exciting show, reaching the quarter finals, after failing to win a game at both their preceding AfroBasket appearances.

In football, it was majorly Express Football Club. Everything they touched turned into gold. Besides lifting their first league title in over a decade, the Red Eagles won their first ever CECAFA Kagame title after beating Malawi’s Nyasa Big Bullets 1-0 in the final.

In KCCA there was the un ceremonial departure of Mike Mutebi, over misunderstandings with the club management as Vipers sports club unveiled a Brazilian Roberto Oliveira as head coach.

FUFA president Moses Magogo also made headlines following his re-election for his third term at the helm of the Football Association.

But this excitement was short lived after Uganda’s failed CHAN campaign in Cameroon, saw some players demanding for their allowances. Magogo would later respond to the demands criticizing the players for what he called ‘shitty football’.

But perhaps one of the turning points came with the retirement of Cranes goalkeeper Denis Onyango and days after regulars like Hassan Wasswa and Mike Azira also stepped aside following a failed AFCON qualification campaign.

But as a way of bringing hope to the national team, former Cranes hero Milutin ‘Micho’ Sredojevic was re-appointed Cranes’ head coach, following the sacking of Jonathan McKinstry and even when he did not push the team to the 2022 FIFA World Cup, life had seemingly returned to the national team.

Elsewhere, the baby Cricket Cranes qualified for the 2022 U19 Cricket World Cup in the West Indies, after beating Tanzania to lead the five-team pile in Rwanda and book the country’s ticket to the games for only the third time in history.

Indeed, it has been a year full of ups and downs but perhaps the successes overshadowed the shortcomings and we can only hope for a brighter 2022.

The most effective Dating Sites