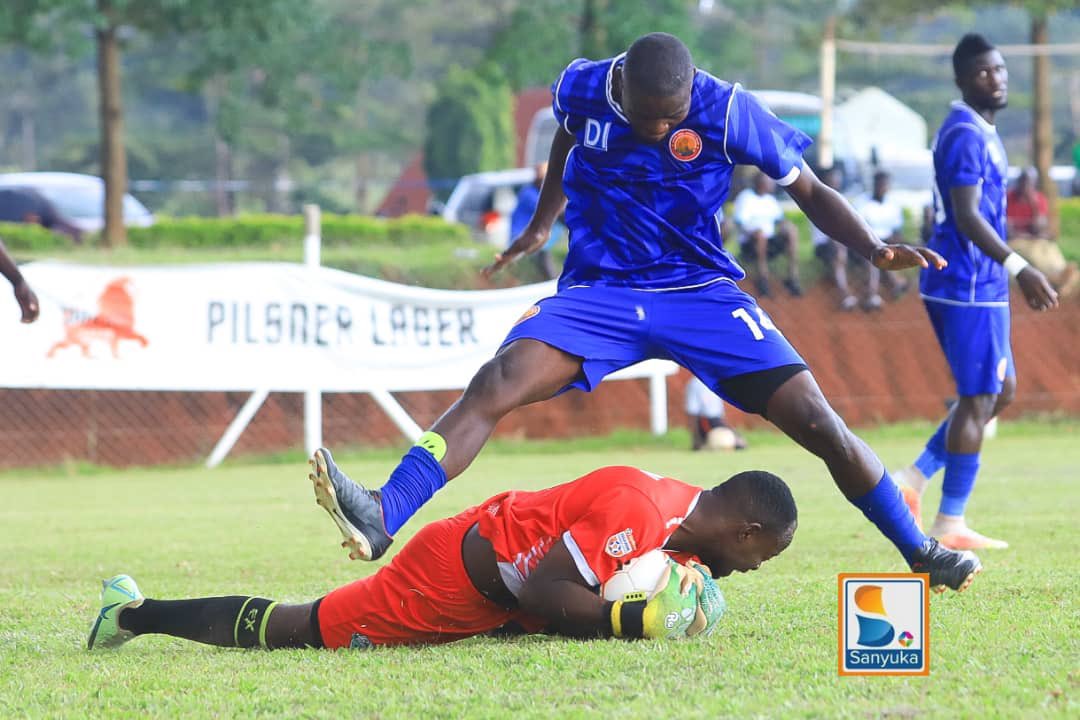 Peter Onen’s era at Gadaffi FC got off to a promising start following their edgy 1-0 home victory over Arua Hill SC at the Gadaffi Arena in Jinja on Friday.

Gadaffi who had to play over 45 minutes with 10-men exhibited special resilience to hold onto their advantage that arrived via an own goal from Arua captain Rashid Toha after 26 minutes.

Toha, playing in his first game since his move to the Leopards at the start of the season, was unlucky with the ball deflecting off his chest after goalkeeper Rashid Anyama palmed Brian Kalumba’s header onto the defender.

There were question marks all over Arua’s defending of the set piece that eventually led to the goal.

Faizul Ibrahim initial foul on Kalumba was unnecessary, while Ibrahim Magandaazi let the striker peel in front of him to Hassan Musana’s great delivery.

But until that point, it is the visitors that looked brighter of the two sides, with Samuel Ssekamatte and Robert Eseru linking up well up top.

Ssekamatte had a penalty appeal turned away after six minutes, prompting coach Livingstone Mbabazi to remind him of the significance of staying on his feet.

Eseru also went down inside the penalty area after Musana’s outstretched leg looked to have made contact with his shin, but the referee was yet again unmoved, to the disgust of the entire Arua Hill bench.

Such moments set the tone for a quite physical game, and a minute to the first half break, Franco Onen was given his matching orders for a second bookable offence following a stamp on Allan Mugalu.

Gadaffi were the slicker outfit at the start of the second half, but did not use their chances on the counter to produce the decisive blow.

Substitute Joel Madondo looked bright moments after coming on, side stepping Magandaazi before laying a good low cross but his teammate Alex Kitatta did not utilise the space at the back post.

The Leopards had an even more genuine appeal for a penalty with five minutes to go. Andrew Waiswa’s high boot caught Mugalu on the knee, but the referee was once again unmoved.

There were even bigger protests from the Arua bench with first team coach Caesar Okhuti sent off for improper conduct as he tried to attack the assistant referee.

The final kick of the moment produced a heart throbbing moment as Gadaffi Gadinho’s free kick from 20-yards rattled the cross bar before Gadaffi cleared their lines.

Eight points from their last four games sees Gadaffi rise up to sixth position, a point above Arua Hill who drop to eighth on seven points a point behind the Soldier Boys.

Next on the cards for Gadaffi is the Jinja derby against BUL Bidco FC, while Arua Hill return home to host league leaders KCCA who are still unbeaten in the league so far.

How both teams lined up

Getting hold of Yourself — How to Find Take pleasure in