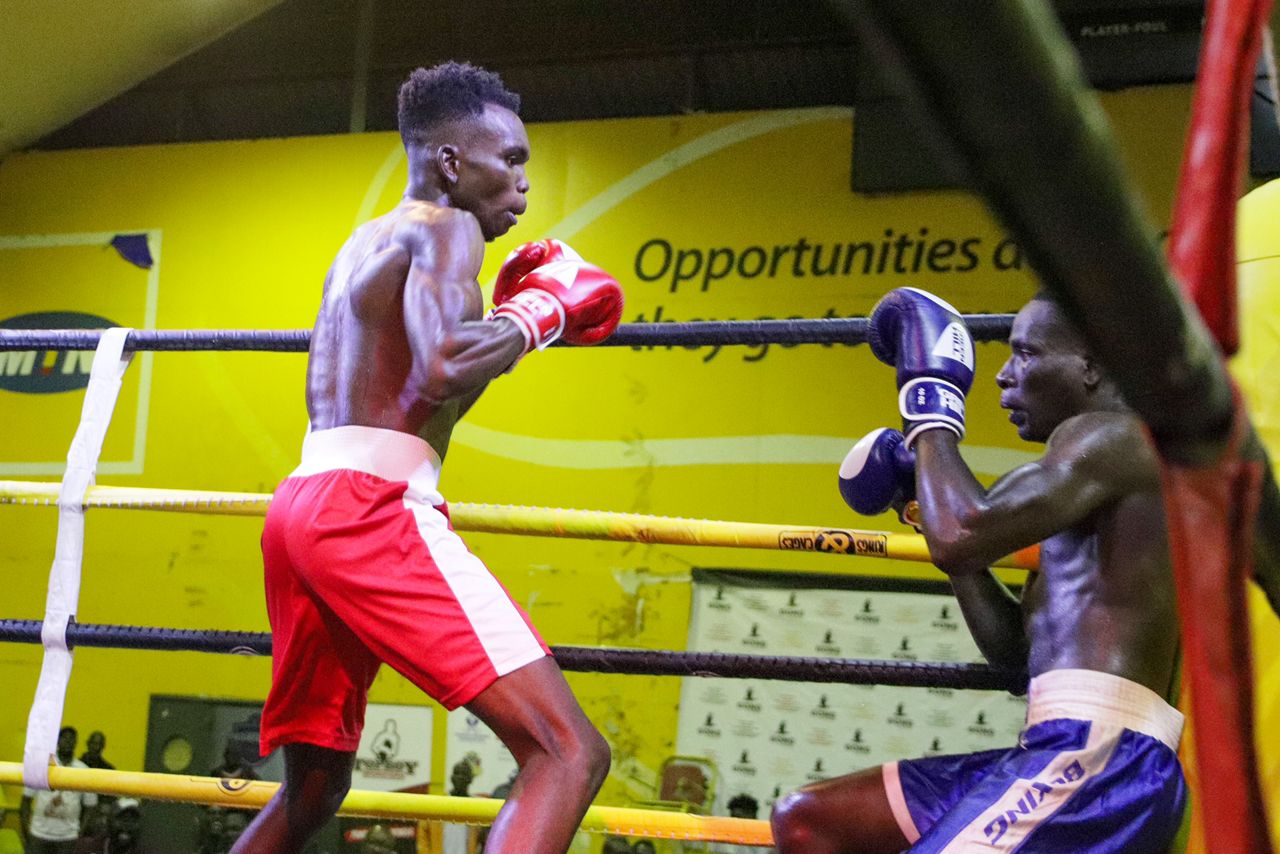 Uganda is considered the cradle of boxing in Africa. The nation’s success in the boxing ring is well-documented with that all-conquering team at the Commonwealth Games in 1990.

Be it Leo Rwabogo, Justin Juuko, Godfrey Nyakana, Isaac ‘Zebra’ Ssenyange or Sharif Bogere. The big names trace the roots to their legacies from the amateur sport.

The competition brings together the top four boxers who qualified from their respective divisions during the Uganda national trials for the prize of National Champion.

With the aim of providing regular competitions for the amateur boxers, the competition takes up several semi-professional regulations with the weights divisions divided into Junior, Youth and Elite categories for both the male and female.

Fights are arranged on a Round Robin format within a given weight division for purposes of identifying the best boxers in each category with the winner decided on points collected.

The points system gives three points for a win, one for a draw and zero for a loss. The UBCL runs in seasons with every season covering around eight months.

After Two Rounds of Action, here is how the divisions stand. 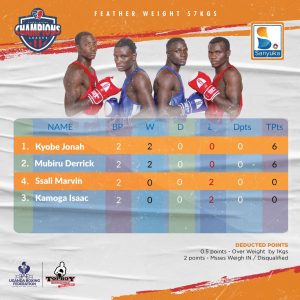 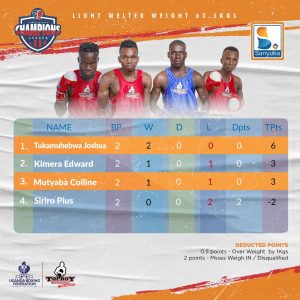 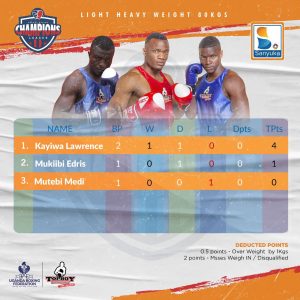 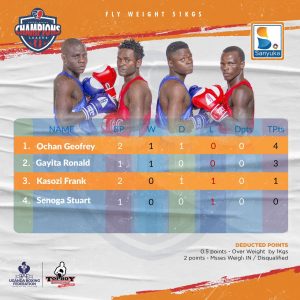 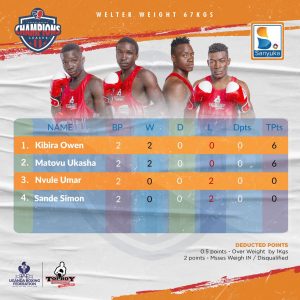 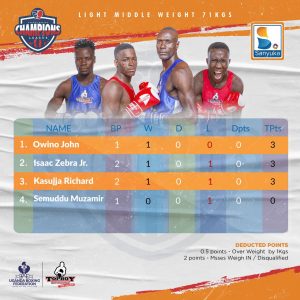 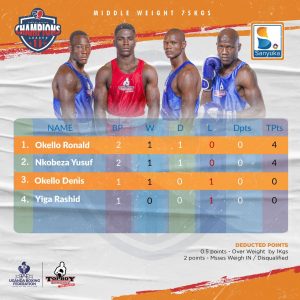 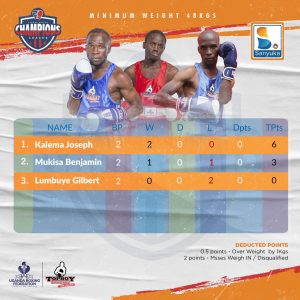 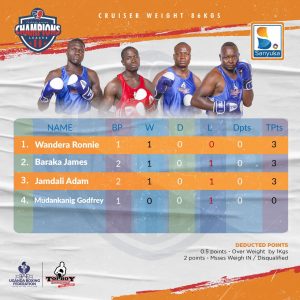 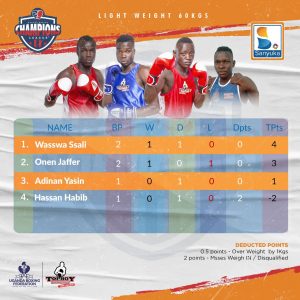 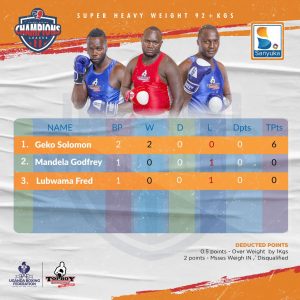 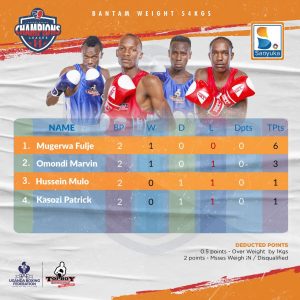 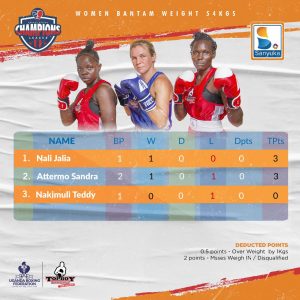 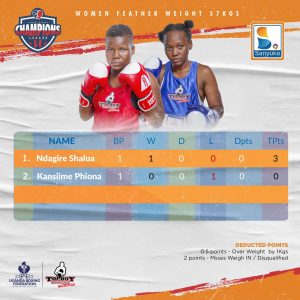