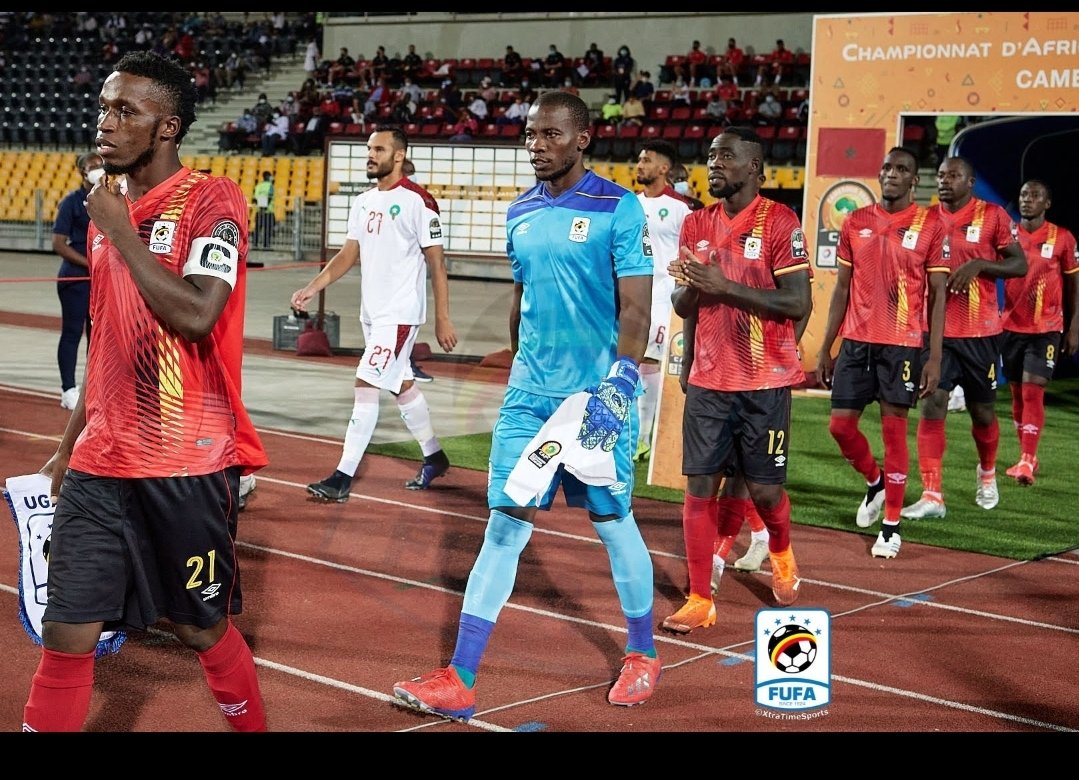 For the fifth time in a raw Uganda failed to cruise past the group stages of the Total Africa Nations Championships (CHAN).

The team was eliminated from the tournament on the Tuesday 26th January 2021 after a humiliating 5-2 loss to the Atlas lions of Morocco and according to the Director of Communications at the Federation of Uganda Football Associations, FUFA, Ahmed Hussein, they are expected to touch down at the Entebbe International Airport on Saturday morning.

Similar to the previous edition, the Cranes could not manage a single victory in all the group matches.

They started their campaign with a stalemate against neighbors Rwanda before losing 2-1 to West African debutants Togo.

At that level, Uganda had only to beat the defending champions Morocco in their final group C match to extend their stay in the competition but despite taking an early lead through Ibrahim Orit, they were pegged back and humiliated by 5-2.

This marked the fifth time the national football team was competing in the tournament since making its debut in 2011 all without making it to the knockout stages.

The only edition that flittered to be fruitful was in 2014 where Uganda secured four points by beating Burkina Faso and Zimbabwe respectively but a 3-1 loss to Morocco saw the them exiting in the 3rd position in their group.

In the previous edition, they had finished bottom of the group with no single point, Ibrahim Sadam Juma taking the credit for the only they scored in a 2-1 loss to Gabon.

Ahead of the most recent edition, the team had promising preparations that included a camp in Dubai and a successful pre CHAN trial tournament where they drew one-all with hosts Cameroon, beat Zambia 2-1 before beating Niger 3-1.

The technical team struggled to get a definite starting eleven, as they made changes in almost all positions for every game. Only goalkeeper Charles Lukwago, arguably Uganda’s best performer maintain his starting place, Aziz Kayondo was favored in the left back but the central defense, midfield and striking partnerships kept changing.

Among the outfield players, URA FC midfielder Saidi Kyeyune stole the headlines after coming off the bench to score a screamer against Togo in the 2-1 loss, he was at it again with a bullet of a consolation in the 5-2 loss to Togo while Ibrahim Orit will get a mention for his calm strike against the Atlas lions.

On a rather worrying note, Jonathan McKinstry and his technical team failed to exploit the abilities of KCCA FC striker Brian Aheebwa who was on a goal scoring spree in the StarTimes Uganda Premier League where he tops the goal scorers chats with six goals.

Despite some little positives to take like the improved passing in the later games, the results beg the question, when will Uganda’s CHAN jinx be broken?