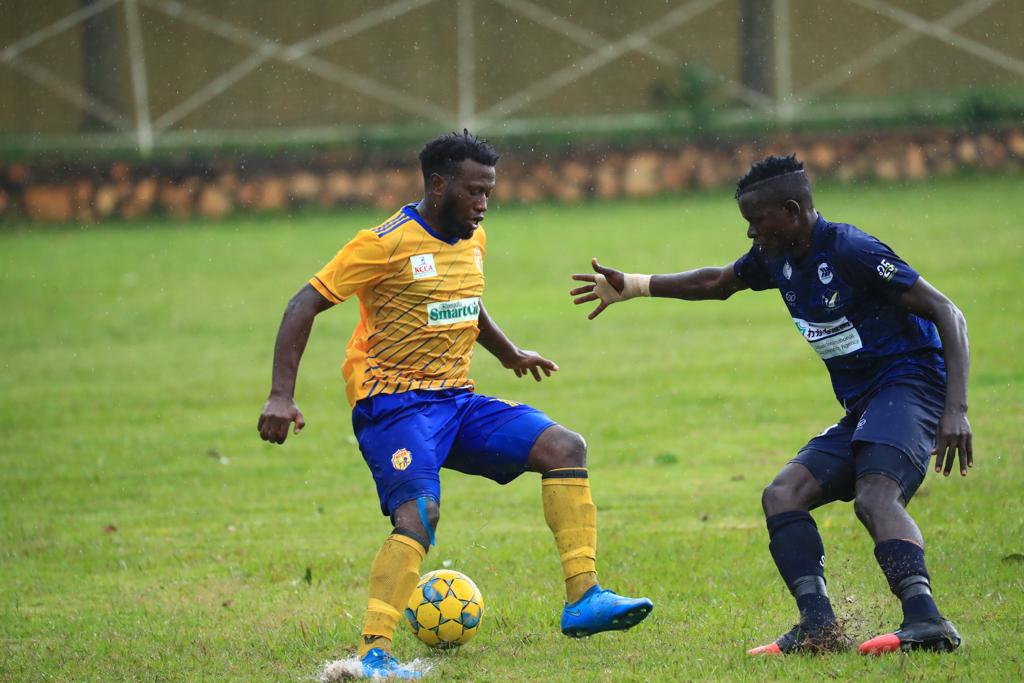 The MTN Omondi Stadium will provide the setting for two highly anticipated clashes at the Round of 32 of the Stanbic Uganda Cup.

KCCA FC and Police FC will seek progress in the tournament with tough clashes at their shared home ground on Friday.

Police FC had a dream run to the semi finals last season, and will face a familiar challenge from fellow StarTimes Uganda Premier League side Gadaffi FC.

The two have met once already this season, with their clash in the league that came at the same venue in December 2022 producing an exciting 2-2 draw.

The Cops had to dig deep, twice coming from behind to pick up the draw, which was the third in a row, extending their winless start to the season to nine games.

Abdallah Mubiru’s side has seen a change in fortunes since, suffering only two defeats in next 10 fixtures including a narrow 1-0 victory over Bushenyi Veterans at the Round of 64.

Mubiru who has been to the Uganda Cup semi-finals with both KCCA in 2015 and Police in 2021 while also guiding non-league New Vision FC to the Last 16 stage in 2015, but is yet to have his hands on the trophy, is hopeful this is the year he re-writes that bit of personal history.

“We have had good preparations and every player available is ready to give his best,” said Mubiru, adding “Our target is to go as far as possible in this competition and we shall do all to win the game.”

Midfielder Yusuf Ssozi who recently returned from injury is expected to feature in his first game of this season’s Uganda Cup, shares similar sentiments to his boss.

“As players, we are ready to give all and get to the next stage,” said Ssozi. “Last season, we reached the semi-finals and we want to go a step further in this campaign,” he added.

The Soldier Boys will aim to progress past this stage of the tournament for the first time in their history. In 2021, they were knocked out at the Round of 32 by Mbale Heroes on penalties.

Gadaffi had to dig even deeper to eliminate third division side Heros FC 5-3 on penalties after they were held to a goalless draw for 90 minutes.

Later on, KCCA continue their chase for a record 11th Uganda Cup with a clash against Bright Stars FC with coach Morley Byekwaso aware that scrutiny will be immense if he fails to deliver a trophy for the club this season.

The Kasasiro Boys have been brilliant under Byekwaso who has overseen 12 victories and six draws and only one defeat in his 19 games in his first season in charge of the club.

KCCA managed to pick up a 2-1 victory away to Busia United in the round of 64, while Bright Stars overcame Free Stars FC 6-7 on penalties after both sides played out a one all draw in normal time.

Julius Poloto, Sadat Anaku and Ali Mwirusi Ali return for KCCA after returning to the club from a tour in Spain. Dennis Iguma is back in the squad after missing the last three league games due to a muscle injury he picked up in the game against Onduparaka FC.

Kaddu Patrick will miss the game due to injury. He is expected back in the game against Express FC in the league. Bright Stars meanwhile do not have any major injury concerns for the game.

Elsewhere, fourth division side Ateker FC will seek to cause a major upset when they host second division side and 1980 runners up Maroons FC.