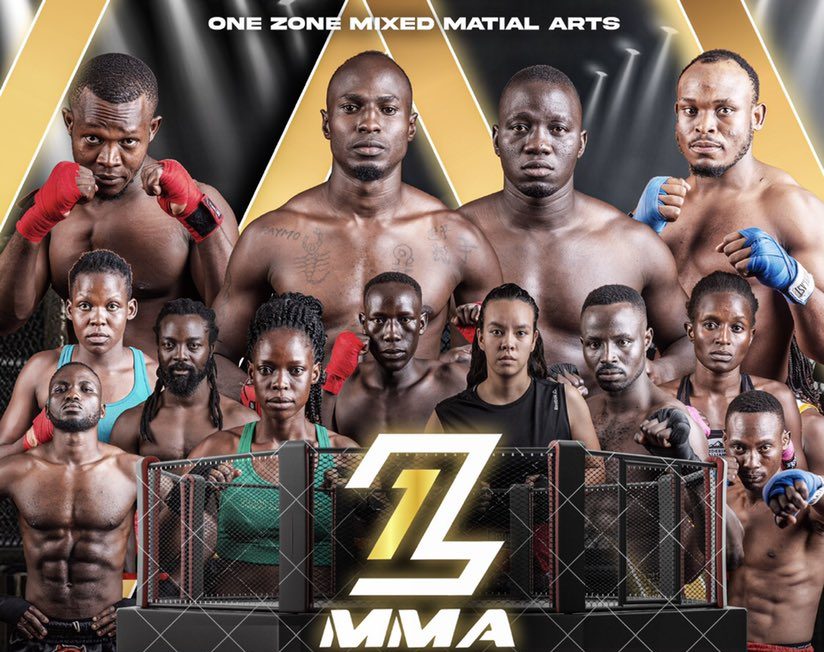 Combat fighting sports lays claim as one of the most popular sports disciplines in the country with much of that fame attributed to the emergence of Moses Golola with kick boxing over a decade ago.

With the influence of kick boxing suffering greatly recently, Mixed Martial Arts (MMA) has touched down on Ugandan soil and has been attributed to be the next spectator puller.

Until recently, MMA has been considered a niche sport in the country, but the emergence of Ugandan fighter David Onama in the popular Ultimate Fighting Championship (UFC) has opened Ugandan doors to the world.

According to president Weverson Gomes, 1 zone will bring a whole new experience in combat fighting for both the fans and the fighters.

“We have already seen that the Ugandan fighters have a lot of potential. They have a background in kick boxing which helps a lot, but as 1 zone, we have worked with them to improve specific aspects,” he added.

To help the fighters get used to the composition of MMA, 1 zone has made sure that they undergo specialised training in the different techniques and the fighters feel confident of their ability to knockout opponents.

“We have introduced Brazilian Jiu Jitsu, which is more about the ground game and is crucial to an MMA and with both skill, Ugandan fighters will be able to perform at an incredible level and take over the world.”

“We pledge to continue working with them, improving different aspects not about the game but as individuals. We want to see that we introduce them to more professional aspects of sport,” he said.

Mixed Aartial Arts (MMA) is a full-contact combat sport that allows a wide variety of fighting techniques and skills from a mixture of other combat sports like kick boxing, taekwondo, Brazillian Jiu Jitsu and boxing to be used in competitions.

The rules allow usage of both striking and grappling techniques while standing and on the ground.

1 zone has confirmed up to three rounds of fights for the fighters signed under the company with the first bouts scheduled for April while there will also be fights in August and December.

The action will get underway with Raymond Mugaga taking on South Sudanese fighter Saga Albra on April 3rd before James Odoch brings his lethal kicking style against Yaseen Adams on April 10.

James Opio will then take on South African Mishal Masoet on April 17, Karim Zubair will take on Mercelino Kiel on April 24.

1Zone MMA (One Zone MMA LTD) Is the 1st Mixed Martial Arts Platform formed in East Africa, incorporated in Uganda to promote MMA fighters in the region, uplifting them to a global level through providing a professional platform for the fighters to showcase their unique MMA fighting skills.

Following the professional touch, work plan and investment, 1Zone MMA is aspiring to be the leading MMA platform in Africa through a series of events set to attract MMA amateur fighters from Uganda, East Africa and Worldwide fighting in different weight categories to be hosted in Kampala.

This intends to have fighters profiled to meet the international broadcasting standard.

Just how do i Start Dating a Girl?