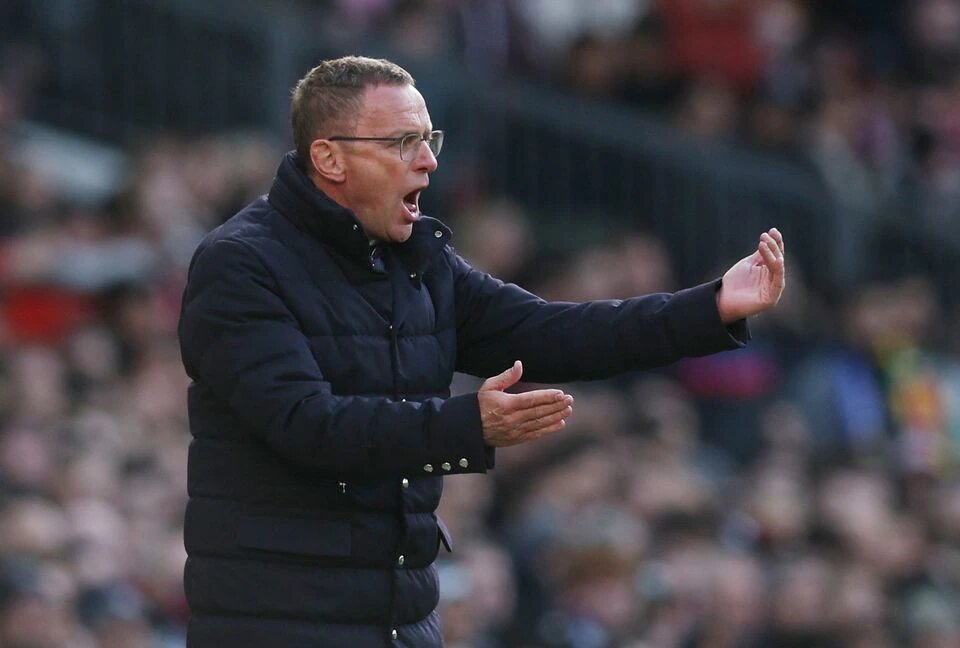 Manchester United interim manager Ralf Rangnick said they are “not favourites” to finish in the Premier League’s top four after slipping to seventh with a 1-1 draw against Leicester City.

The Old Trafford club are three points outside the top four with eight games left.

“It doesn’t help at all to look at the table every weekend and speculate and anticipate what might happen, how many points might we need,” Rangnick told reporters. “Right now we are not the favourites, for sure, for number four.

“I’m not a fortune teller, so I don’t know where Manchester United will be next season. For us, it’s my job, our job … to finish the season on the highest and best possible note.”

United play at Everton on Saturday and Rangnick said getting the three points was their only focus.

“The season is not over. We still have another eight games to play and I think then it’s time to draw the right conclusions and take the right decisions for next season,” he added.

“Right now, it’s about how can we possibly get three points against Everton.”

Reporting by Manasi Pathak in Bengaluru