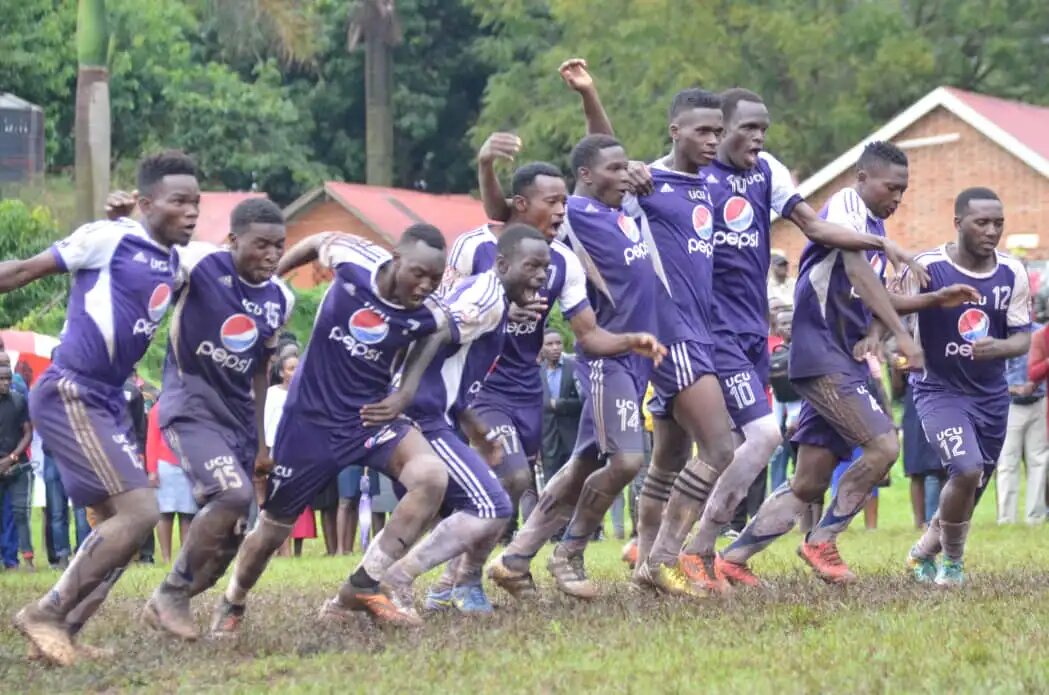 The Pepsi University Football league returns for the first-time post COVID-19 lockdown, as it celebrates its 10th anniversary.

Up to 22 universities will vie for the title, with the league organisers confirming several changes for the 10th edition that gets underway on May 5.

Ten years ago, the University Football League started with only six universities, as it marks its first decade, its influence and stature has grown with 22 universities confirming their participation.

The league was among several sports activities left in the cold with the outbreak of the Covid-19 pandemic, but will mark its return for the first time after two years.

Ndejje University and Victoria University are the latest institutions to be admitted into the league, raising the number to 22, from 20 when it was last held in 2019.

“We have been working behind the scene to ensure the league returns sooner rather than later and I am glad that preparations are now complete and we are here today to launch our 10th season,” Kabenge said.

“We are particularly excited that what started with just six universities from around Kampala has since grown tremendously.”

“Today as we launch our 10th season of the Pepsi University Football League, 22 universities from across the entire country will be competing,” Kabenge added.

Pepsi who have been the main sponsors of the league since inception re-affirmed their commitment to the league, with brand manger Ernest Ssentongo promising heavy rewards for the fans.

“As Pepsi we are all about football and music,” Ernest said, adding; “It is exciting today to be here to not only launch another season of the Pepsi University Football League but to celebrate 10 years of competition.”

Meanwhile, Red Rhino boss Obal Atubo expressed special satisfaction for the milestone as he appreciated their partners who have seen the league through their first 10 years.

“I thank God that we are here today celebrating the 10th season of the Pepsi University Football League,” Obal stated.

“This is something that we cannot take for granted and I give God all the praise and glory for this achievement.”

“I also thank AUUS, all the participating universities, our sponsors Pepsi, Nile Special, FUFA among others for being a part of what has become an important national competition. We look forward to another 10 years of accelerated growth,” Obal said.

The 22 teams have been divided into six groups with four groups consisting of four teams while two groups including with group C and group F featuring three teams.

The group winners and the best second place finishers will qualify for the quarter-finals.

Group A consists of 2019 winners Uganda Christian University (UCU) who have been drawn alongside Kumi, Victoria University and International University of East Africa (IUEA).

Joint record winners MUBS – who have won the tournament twice – have been drawn in group B alongside Nkumba University, Muni University and University of Kisubi.

Makerere University who return after serving their suspension have been placed in group D alongside YMCA, St. Lawrence University (SLAU) and Mbarara University of Science and Technology (MUST).

Group E will be the group of death as it consists of two former winners including 2017 winners Uganda Martyrs University and two-time winners Kampala University alongside Ndejje and Gulu University.

While group F pits together Bugema, Busitema and Islamic University in Uganda (IUIU).