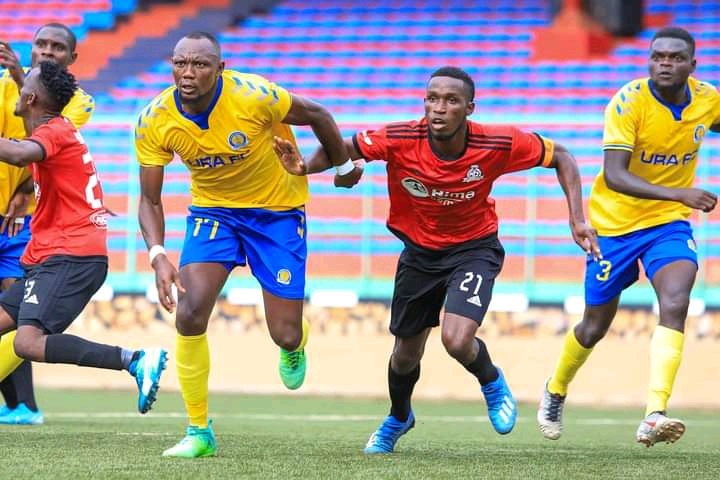 At this stage of the season, you cannot draw out title-deciding games after all we are seven games into the season, but Saturday’s StarTimes Uganda Premier League clash between Vipers and URA FC is significant in how the title race will pun out.

Vipers are off to a strong start, winning four and drawing once in their first five games and conceding a joint league low three goals.

The Venoms are actually among two sides that have not yet lost a game this season, having overcome Police, Wakiso, Onduparaka and Mbarara City during an impressive run of form.

Impressively, Roberto Oliveira’s side has scored a joint league-high 12 goals; half of those have come in their two wins at home pounding Wakiso Giants 5-0 in addition to narrowly beating Onduparaka 1-0 in their previous home game.

URA finished a point off eventual winners Express last season and was tipped by many to be strong favourites this season, but despite playing three games less, they are already 12 points off early leaders KCCA FC.

It has been tougher for Simeon Masaba and Co. With the Tax Collectors throwing two-goal leads in their defeat to Arua Hill and then again in their draw to BUL FC.

Masaba admitted that their 6-1 thumping of Tooro United in one of their three games in hand builds confidence within the team ahead of their trip to the St. Mary’s Stadium.

URA will be looking to send out a statement of intent to the rest of the division if they can follow up their dominant performance over Tooro with a victory on Saturday.

The tax Collectors have won two of their last three games against the Venoms, including a 1-all draw, back in May. URA has not in their last two visits to Kitende, and have won their only twice since April 2014.

The two sides have the sharpest attackers in the league with URA’s Steven Mukwala topping the scorer’s charts with five goals. Teammate Cromwell Rwothomio are tied on four goals each.

Vipers though are racing to have Ssentamu ready for the clash and will have to undergo a late fitness test after suffering a knock in their 2-1 victory over Mbarara City.

There have not been any fresh injuries reported by URA, but they will be without goalkeeper Nafian Alionzi who is out with a groin injury along with Najib Fesali and Jackson Nunda who are both sidelined with right knee injuries.

Guinea lose to Zimbabwe but advance to second round

Does Wasswa Bbosa have the antidote for Vipers’ lethal Venom?