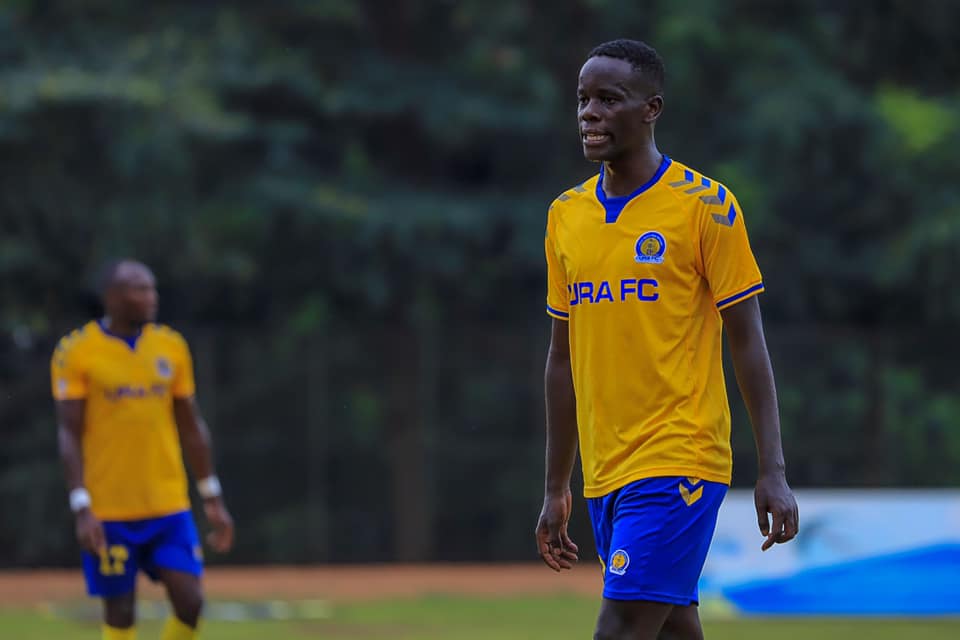 Ivan Sserubiri has been slapped with a one-month suspension and hit with a UGX 500,000 fine after being found guilty of improper conduct during URA’s game against Wakiso Giants on December 28.

FUFA’s Competitions Disciplinary Panel (CDP), which described the incident where he was seen to have attempted to slap the referee as a ‘violent attack’, decided on the punishment on Monday afternoon.

Angered by a decision that went against his side, Sserubiri raced to the first assistant referee Lydia Nantabo to contest the decision and raised his arm in a motion that looked like he was willing to slap her before restraining himself.

Sserubiri was only issued with a yellow card for his behaviour during that moment, but the incident was captured on camera and it is what was relied upon for the verdict.

A statement read: “The CDP in order to emphasise and deter the misconduct of Sserubiri Ivan hereby sanctions Sserubiri with a one-month suspension from participating in all football activities within the specified period effective immediately January 3, 2022 up to February 3, 2022.”

A fine of UGX 500,000 (Uganda Shillings Five Hundred Thousand) to be paid into the FUFA Account and avail proof of the payment to the committee.”

“The above mentioned fine is to be paid by February 3, 2022 and the player shall not be allowed to take part in any football activities until payment of the said monies.”

“Should you fail to heed to the sanctions above, the CDP shall be constrained to take stronger disciplinary measures against all parties involved,” it added.

It is understood that Sserubiri did not submit a response for his defence to the panel before the verdict was passed, and it is not clear whether the player will appeal the ruling.

The verdict also did not specifically state whether the player has a chance to appeal the decision.

Disciplinary regulations provide for attacks or threats towards the referee to be punished by suspension of up to twelve matches and at least two competition matches.

According to the verdict, Sserubiri will miss three games for URA FC including their away fixture against Gadaffi FC on Tuesday, a home clash against KCCA four days later.

The midfielder will also be suspended for the Tax Collectors’ trip to Bright Stars on January 11 as they cap off the first round.

But he will return for the first game in the second round against Busoga United on Saturday, February 5.