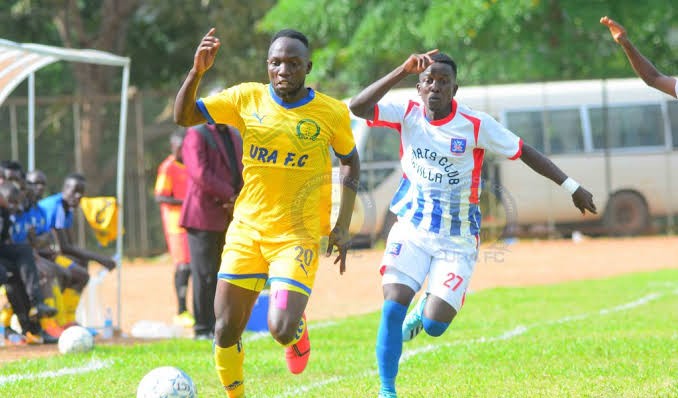 It has been tough judging SC Villa this season. One week, they can blow you away but immediately follow it up with a shoddy performance, and that has been the tricky part of analysing the side.

Petros Koukouras will be hoping his side can weather the storm and arrest their recent startling form that has seen them hover dangerously over the relegation places.

And against URA FC on Tuesday at the FUFA Technical Centre in Njeru, the Jogoo will need to come up with one of their sterner performances.

While URA has performed consistently at a high level for the past 12 months, they have had an indifferent start to the season, and come into the game four points ahead of Villa in eighth.

The Tax Collectors seemed to have got their groove back with a pair of wins against Vipers and Tooro United, but the manner of that draw to bottom side Police FC should be a proper reality check.

And their recent record away from home is another aspect that Simeone Masaba should be wary of, as his side has won twice on the road this season.

Although both victories against Vipers and Ethiopia Coffee in the Confederations Cup, were worth their weight, URA are miles off putting together a seven-game winning away run like they did between December 2020 and February 2021.

Villa has made light work of Police FC and Onduparaka at home, but suffered frustrating defeats to Wakiso Giants and BUL Bidco FC.

Although Koukouras will recognise that his side can make positive steps if they can see off their visitors, and potential criticism can subside with a win over one of the division’s top clubs.

The problem though is that Villa has struggled when they have met URA. Three of their previous six meetings have seen wins for URA and there have been three draws during that period.

There last meeting at Villa ended in a goalless draw in April 2021, but URA had picked up a 2-1 victory when the two met last December 2020.

Masaba will be without former SC Villa defender Derrick Ndahiro, who is still carrying an injury. Nafian Alionzi and Jackson Nunda are also side-lined. Najib Fesali is available for selection after completing a week of training.

Utility player Gift Fred is a doubt for the game and joins long term absentees Ronald Ssekiganda who is struggling with a calf injury and striker Charles Bbaale in the sick bay.

MALI – High hopes for the Eagles