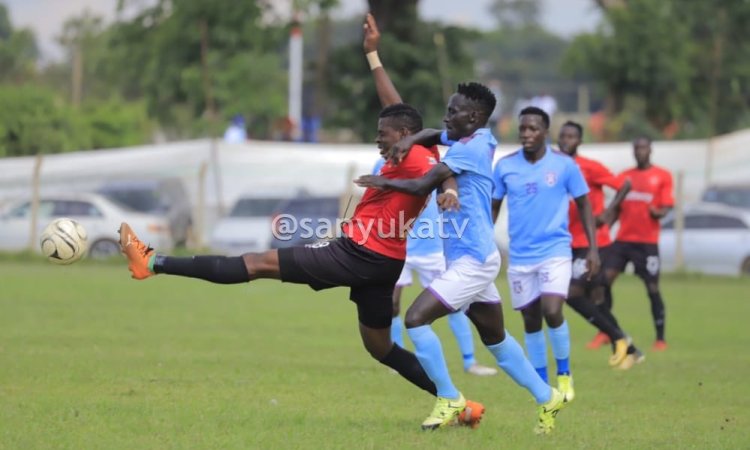 Express is in the midst of a shaky title defence after a couple of poor results over the past month including back to back defeats in their opening games of the season.

However, two victories in their last three games before the international break, and specifically the performance in their 2-2 draw with Vipers has brought some joy.

Cracks are evident within some of the relationships that made them formidable as they strolled to their seventh league title last season. Wasswa Bbosa has clashed with the CEO Isaac Mwesigwa and has recently returned from a ban for unfortunate statements.

Another misstep this weekend against a bitter rival could open another pandora box for the Red Eagles, while a win puts them back into the midst of the title talk.

As for SC Villa, they have had to once again deal with their administrative demons which once again threatened the existence and future of the club.

However, the derby couldnot come at a better time following the declration of business mogul Omar Mandela as the club president which has created an unfamiliar aura at Villa Park.

After more than three years of stagnation under interim leadersip, the Jogoo will look to move forward and return to their former stomping ground, and as Mandela stated, the focus should be on ‘working and ensuring that Villa returns to where they belong’.

Regards the footballing side of the club, Petros Koukouras’ youth-centered project has always seemed to be secure from the confusion beyond.

Villa were victorious over Police FC, but a humbling defeat to Wakiso Giants brought back to earth. For now, it is business as usual with Koukouras set to take charge of only his third game at the club.

The Greek coach took time off during the break to travel back to his native country to reconnect with his family, while the players were treated to a presidential luncheon at Café Javas to get them motivated for the deby.

For SC Villa, Umar Lutalo, Iddi Abdul Wahid and Salim Abdallah are doubts for the derby due to knocks they earlier picked before returning to training on Thursday.

Ronald Ssekiganda is slowly gaining match fitness though it will be a last-minute decision if he is to get some his first minutes of the season while Ismail Mugulusi, Baale, Ssekandi remain out with long-term injuries.

Wasswa Bbosa: “We’ve had enough time to correct our mistakes during the international break.”

“We are looking for our first league win at home, we know how important the game is, we respect Villa but we want to earn maximum points. The boys are well prepared and also know what’s at stake.”

Petros Koukouras: “We have asked the boys to be calm and composed. They do not have to carry any pressure on them but rather execute the set plan.”

“I hear it is the biggest game in Uganda. People have told me a lot about this derby and how important it is. I greatly understand the rivalry between the two clubs but to me, it’s just an away game like the rest.”

“We have to follow our plan and do everything possible to win something from this game. My players are disciplined and the backroom is supportive so we are well streamlined for the game.”

“The international break helped us to talk more with the players and settle a few things. We worked on our weaknesses but I can’t conclude it helped us a lot because we need more games.”

“Express is a good team that has previously bettered their performance and we respect them, but SC Villa is a team of pedigree and whoever represents it has to stand to it.”