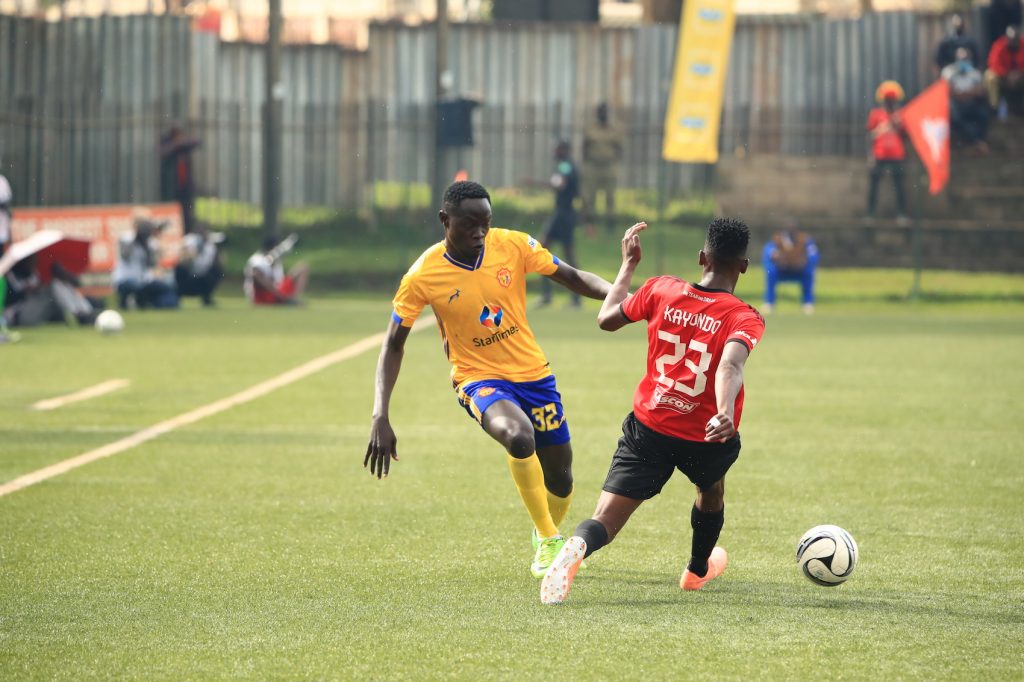 A blockbuster StarTimes Uganda Premier League clash is upon us on Sunday afternoon at the St. Mary’s Stadium in Kitende as dethroned champions Vipers SC lock horns with current league leaders KCCA FC.

The powerhouses who have shared eight of the last nine league titles renew their rivalry occupying first and second on the league table after eight matches.

Morley Byekwaso’s side is six points above their rivals at the summit, but have played a game more than Roberto Oliveira’s men.

Seeking to pass their first true test of the season, the Kasasiro Boys travel to Kitende as the only unbeaten side in the division and are on the back of a three-game winning run.

Byekwaso’s men have had to show a different level of character recently as they have had to grind out certain results, but they also carry some exciting flamboyancy about them blowing away teams as they did against BUL FC on Wednesday.

Much of the early season focus has been about how Byekwaso takes on the mantle after he was named permanent manager replacing an overly successful Mike Mutebi.

Safe to assume that so far, he has outdone himself and by some margin, voted the coach of the month for October, he is an overwhelming favourite to make it back-to-back accolades for November as well, to add on his record of seven victories and one draw in his eight games in charge so far.

Even more pleasing under the former KCCA hero is the re-finding of striker Davis Kasirye around whom Byekwaso has built a fluid, pragmatic and effective system of play.

Brazilian Robertinho’s arrival has created a different vibe at Vipers as well. They might have lacked a bit of conviction about their performance against stern opposition drawing against Express and then suffering a damning 2-0 home defeat to URA in their last home game.

The result against URA can happen because they have the quality to do it, but Robertinho will be pleased with the performance against Gadaffi FC.

They were comfortable and dominant at one of the less fancy grounds in the league and the fact that players like Paul Mucureezi, Allan Kayiwa and Dan Sserunkuuma got some minutes is another positive for Robertinho.

It meant that without Yunus Ssentamu who is once again a doubt, Robertinho can have players comfortable on the ball and can dominate play, and press well without the ball because they enjoy that part of the game.

But Vipers needs Ssentamu, and they would have been better with him. And in games when it is going to be tight, you need a magic moment and that is something he can provide with a click of a finger.

It will be interesting to see how Vipers approach this one. If they try to press as Robertinho likes to encourage his teams to do, then KCCA can turn that by going more direct.

It is something that can work for them because they have the presence of Kasirye and pace around him upfront.

There have been many engrossing games at St. Mary’s down the years between the two clubs. Vipers snatched a 3-2 victory in April 2018, and KCCA will remember Saddam Juma’s missed penalty that denied them what could have earned them their only victory at Kitende.

There will be no love lost when Geofrey Wasswa, Derrick Ochan, Ashraf Mugume, Wafula and Kasirye return to face their former club, while Bright Anukani will have a point to prove when he faces his former mates.

Vipers have more of a clean bill, with Ssentamu’s fitness the only major concern for them, with Richard Basangwa, Lawrence Tezikya and Umaru Kyebatala still out at least until January next year.