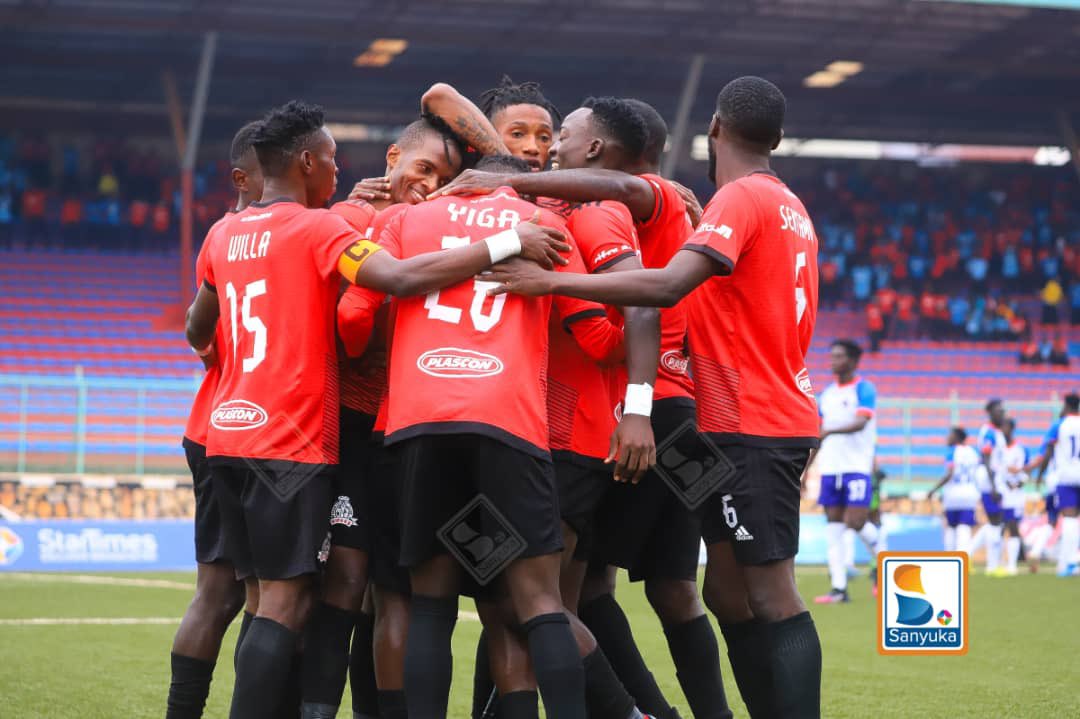 Vipers SC tore SC Villa apart with a ruthless performance to deliver a title statement with an emphatic 3-0 victory over SC Villa to move two points at the top of the StarTimes Uganda Premier League table.

The Venoms were at their absolute best on Wednesday as they recorded a second successive 3-0 victory over Villa at the St. Mary’s Stadium to make recent defeats by their rivals look like far distant memories.

In truth, Vipers could have scored far more than their three goals. Such was their dominance and the ease with which they continuously played through their visitors’ ragged defence.

The hosts took to the game like a wild fire, creating wave after wave of attacks and were rightly awarded in the seventh minute when Yunus Ssentamu provided a fantastic finish from a proper move.

Vipers’ overload in front of the eastern stand that was packed to the brim by the Kitende students who returned to games for the first time in two years stretched the Jogoo defence.

Bright Anukani played through Milton Karisa who drew Amir Kakomo out of position before he squeezed a pass back for Ssentamu – who got into space inside the box unnoticed – although Fred Agandu should have done better to track his opponent.

Ssentamu’s goal was his eighth for the season, and also 32nd goal they have scored under Brazilian coach Roberto Oliveira, taking them only 15 games to score that haul.

It took a while for goal number 33 to arrive, but it finally did in the 61st minute, Cesar Manzoki producing a special strike from 25 yards that bounced off the post after robbing Kakomo of possession.

Six minutes later, Manzoki added gloss to his man of the match performance with his 10th goal of the season, rising higher than Gavin Kizito to head home Disan Galiwango’s free kick.

With eight minutes to go, Robertinho handed Frank ‘Zaga’ Tumwesigye his second debut at the club coming on for Najib Yiga, while Paul Mucureezi was given a run out after his failed move to Wakiso Giants.

The defeat, Villa’s sixth of the season leaves them 11th on the log on 16 points after 15 games, only five points above the relegation places.