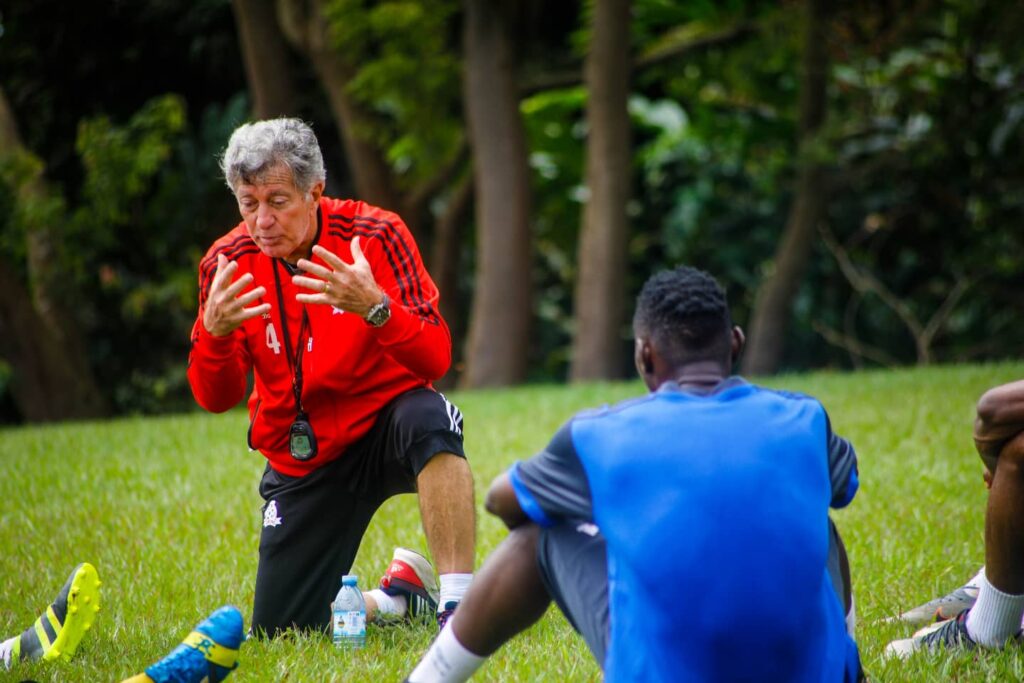 Vipers SC coach Roberto Oliveira ‘Robertinho’ has been named the Pilsner coach of the month for a record the third time this season.

Robertinho becomes the first coach to win the accolade three times in a season and wins the award for the second month running after he scooped the accolade in March.

The Brazilian who has been among the nominees for each month so far first won the award in December 2021.

Vipers have been unstoppable throughout the month winning all their five games and conceding only one goal.

“I feel happy to be here for the third time, I have loved Uganda and this country has good talent,” briefly said Robertinho.

“It is a special privilege for me to win this award once more, and hopefully I can now achieve the main objective of winning both the league and Uganda Cup,” he added.

Vipers is still chasing a league and cup double. They have already wrapped up the StarTimes Uganda Premier League title this season and hold a first-leg advantage over Mbarara City in the Stanbic Uganda Cup semi-finals.

Shaban struck six goals in five games including a hattrick against Police FC and a double against Express FC as the Caterpillars settled their relegation worries.

“I want to thank God, and of course the fans,” Shaban said, adding; “It hasn’t been easy but they motivated me even when things did not go right.”

“I have not done this alone, the teammates and technical staff have all been there for me,” he stated.

Shaban won the accolade ahead of former teammate Cesar Manzoki with whom they are locked in a battle for the golden boot and KCCA FC’s Sadat Anaku.