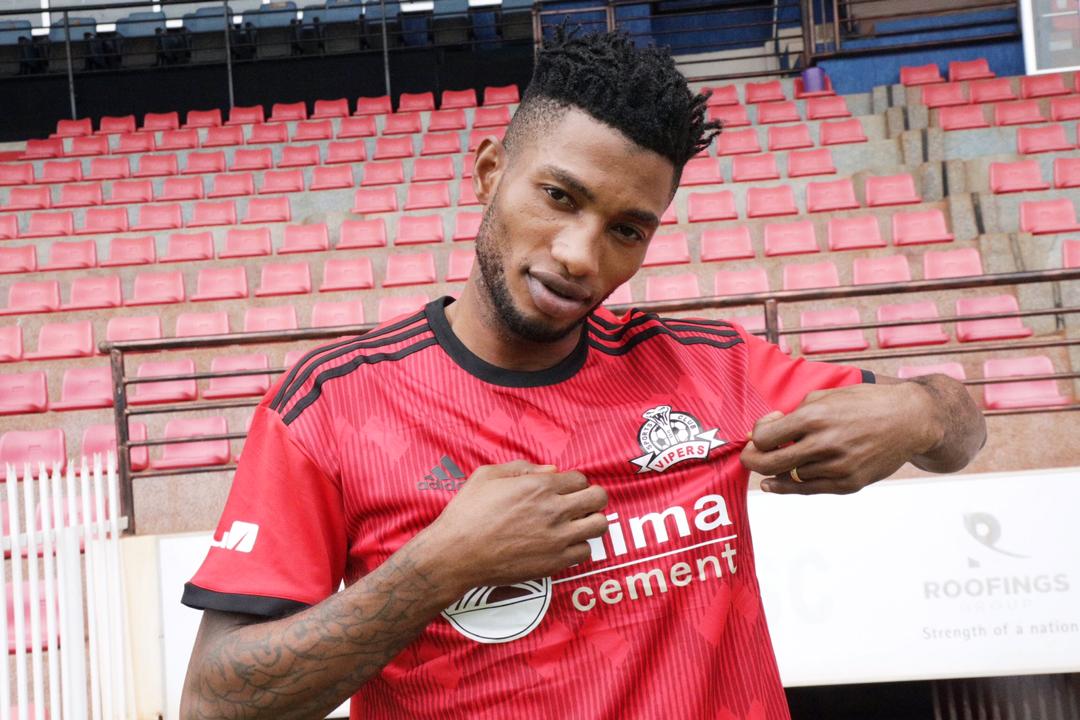 Vipers Sports Club officially confirmed Manzoki Cesar Lobi as their fifth signing. The 24 years Congolese international was unveiled on the club official website as the reigning league champions continue to strengthen their squad ahead of the forthcoming season.

The Venoms handed this forward a two-year contract.

“I want to use this chance well. My dream is to become an important player for Vipers. I hope I can become a starter immediately and I hope to win some trophies with my new team. I don’t regret this move because it took me time to make this decision to move here. I chose the best team out of the many clubs that were after me and I am proud of it,” Manzoki told the club’s official website

According to the club’s official website, the star was already in the club’s bag but could not be unveiled before receiving the International Transfer Certificate.

The Venoms who will represent the country in the CAF Champions League add Manzoki to left-back Dissan Galiwango, midfielders Ibrahim Orit and David Bagoole, forward Jamil Kalisa, and Joseph Dhata a South Sudanese U-20 international right full back who were signed earlier.

Manzoki who made his international debut in 2019, also played for Dauphin Noir De Goma, TP Mazembe as well as AS Vita. The 2020-21 Uganda Premier League season is expected to kick off in late November 2020 and a player of such a great history brings in a desired experience for the Kitende based outfit as they aim to compete favorably both locally and internationally.

Construction of state of the art MTN Omondi Stadium underway