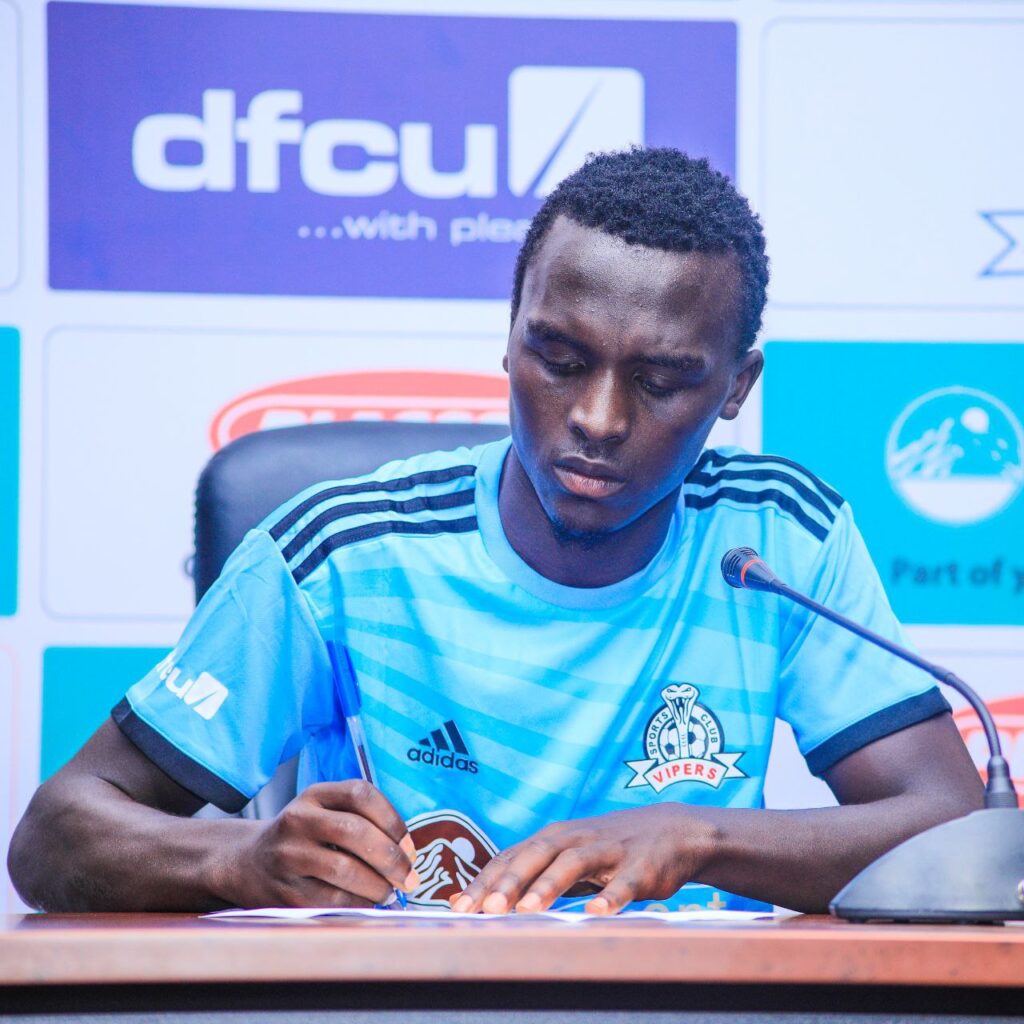 Vipers Sports Club has completed the signing of defender Hilary Mukundane from Mbarara City FC on an undisclosed fee.

Mukundane becomes Vipers’ second signing of the January transfer window after they announced the return of Frank ‘Zaga’ Tumwesigye.

Mbarara City needed to cash in on the defender who made it clear that he did not want to stay on at the club beyond the window.

Mukundane, who has agreed a three-year contract at the St. Mary’s Stadium described his move to Kitende as ‘a dream come true for him’.

He said: “The ambitions for the club are clear and I want to be part of this journey.

“I feel happy joining Vipers and it’s a dream come true because am at the biggest club in the country right now. I hope that many successes come from this.”

“I cannot wait to put the shirt on and get out there and play for Vipers,” he added.

The 21-year-old defender began his football career with Kamoma FC in the Western Regional League in 2015, before moving to Ntoda FC the following year.

He later crossed over to join Mbarara City for the 2016/17 season in the FUFA Big League, a side he helped secure promotion to the Uganda Premier League that season.

Halid Lwaliwa, Bashir Asiku and Livingstone Mulondo have been the senior options but there have been constant worries over their fitness with captain Lwaliwa especially missing a couple of games.

Sources also indicate that Vipers are still open to adding more defensive options before the window closes on Monday.

Police FC defender Eric Ssenjobe and Sweden based defender Bob Oluoch are reported to be close to completing moves to the club and will provide cover at both central defence and at left back.