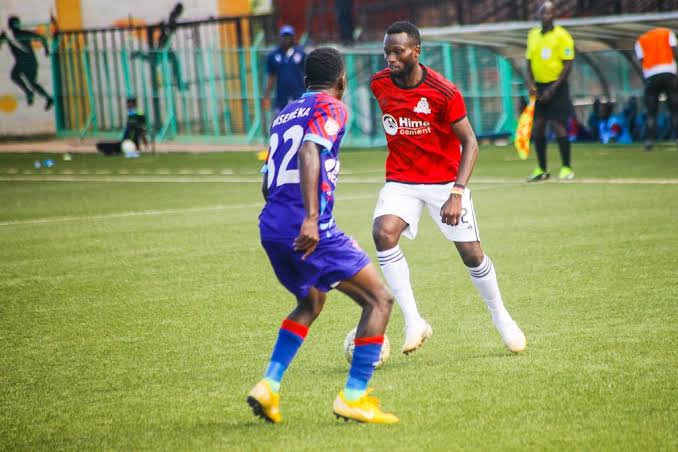 Vipers SC return to StarTimes Uganda Premier League action after a three weeks break, and they could hardly have asked for a tougher task as they welcome rivals SC Villa to St. Mary’s Stadium in Kitende.

With the government lifting COVID-19 lockdown protocols, St. Mary’s will hold a capacity crowd for the first time in two years as fans add their voices to a massive league clash on Wednesday.

It will be the first time Vipers and Villa play a competitive game since January 8, 2022, with both their Stanbic Uganda Cup Round of 64 clashes pushed forward for various reasons.

It has been a campaign to remember so far for the Venoms under Brazilian Roberto Oliveira (Robertinho) who sit second on the league table and can briefly go top of the table if they collect three points.

However, it has been a tough landing for Villa’s Greek coach Petros Koukouras with his side continuing to languish in the bottom half of the table.

The Jogoos’ intended restart and much hyped rebuild has been flattering, with the club already 15 points begind the leaders KCCA and 14 points off Vipers after winning only four of their opening 14 games.

They have won only three of their previous 10 league games, and have worryingly suffered defeats to Bright Stars, Mbarara City two of the bottom four sides, as well as newly promoted Gadaffi FC.

But Koukouras’ boys have produced daredevil performances against the league’s big boys, dominating Express at Wankulukuku, while KCCA FC and URA FC managed to play for a draw.

Villa enjoys trips to Kitende walking away with high profile victories in three of their last five visits there means they can make it a potentially tricky encounter for the Venoms.

It will take some doing to continue that penny-pinching run against a Vipers side that has been dominant this season.

Vipers’ January signings Hilary Mukundane and Frank ‘Zaga’ Tumwesigye could have a chance to make their debuts for the club, but Vipers will be without Bobosi Byaruhanga and Ibrahim Orit who are out with injuries.