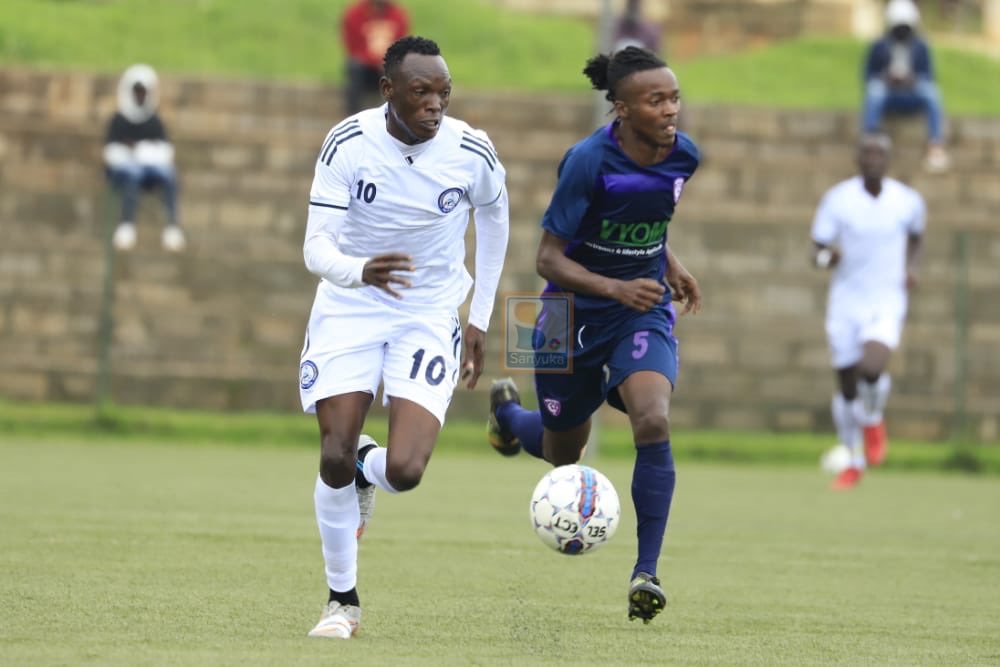 Wakiso Giants head coach Douglas Bamweyana will have to wait a bit longer for his first win as boss of the Purple Sharks.

Bamweyana led his troops all the way from Wakiso to Kampala with the hope of fetching their first victory over their nemeses who beat them in both of their previous meetings.

The first Stanza came with jitters mainly from the visitors with the cops bossing most of the proceedings. Police FC’s captain Tonny Mawejje teamed up well with the eventual man of the match Frank Tumwesigye but to no good yield.

There was not much to write home about as it stayed goalless at the interval.

Mawejje did not return in the second half and his absence perhaps contributed to the clear power shift. Wakiso through substitute Karim Ndugwa came close twice in the 64th and 87th minute but was denied by Shot Stopper Tomas Ikara on both occasions as it stayed goalless to ensure that both sides take a point.