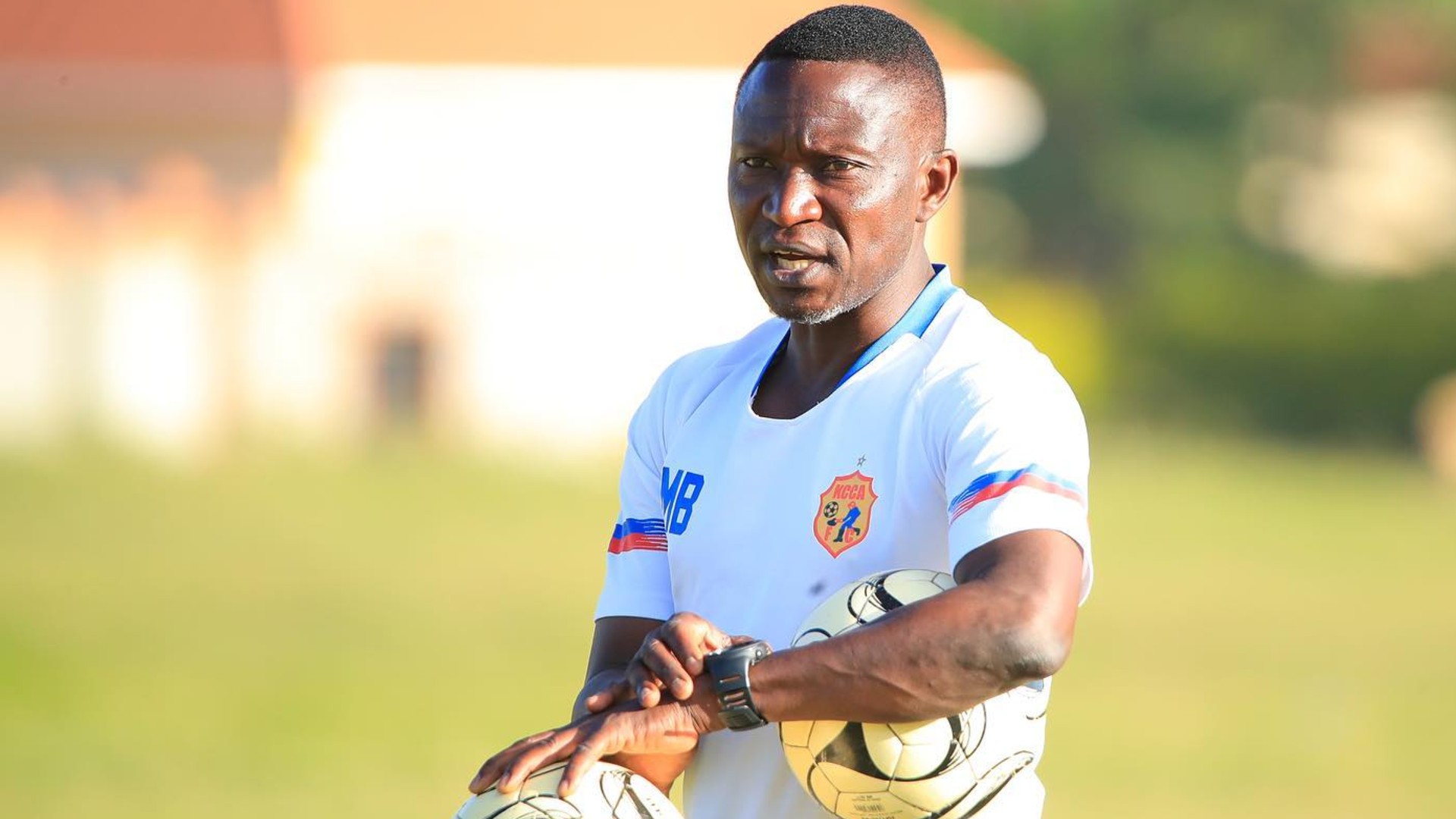 KCCA FC coach Morley Byekwaso says he has always enjoyed criticism and told doubters that they fuel his drive for success.

Byekwaso was in the eye of the storm following his appointed as permanent manager of the club in July, after a period as interim manager where results were not entirely convincing.

But the former KCCA hero has remarkably responded to his doubters with four victories and one draw from their opening five games of the season as the Kasasiro Boys have raced to the top of the table.

That early season form saw Byekwaso being voted as the Pilsner coach of the month for October, and he insists that his wish is to hold a party with his doubters after achieving success at Lugogo.

“The people who doubt you fuel your passion and desire to achieve success,” Byekwaso told Sanyuka TV, adding; “I have always enjoyed and respected their opinion good or bad, keep that coming its fine.”

“I appreciate criticism because it is a main pillar in pushing you to achieve your goals, and I would love to party with them when we achieve success at the end of the season,” he said.

The Kasasiro Boys have been a side reborn this season, they have won all their opening four games of the season before a draw against Bright Stars halted their perfect start to the 2021/22 season, thereby making them genuine contenders for the title.

KCCA has scored nine goals and conceded only two during this run and have already claimed some big scalps to their name in the form of Wakiso Giants.

Byekwaso’s men will be aiming at extending their unbeaten start to the season when they host UPDF FC at the MTN Omondi Stadium when the StarTimes Uganda Premier League action resumes after the international break on Friday.

The Army side has also had a strong start to the season. They sit fifth on the table with eight points from five games so far.

But Lugogo is a venue that holds dark memories for them as they suffered a 6-1 humbling when they last visited and have not won at the stadium since April 2016, and Byekwaso is aware of the challenge their visitors pose.

“Football is a game of the present,” he said. “We cannot rely on what we did yesterday or in the past, because every game presents its own challenge.”

“That means we have to work as much and give our best performance. UPDF has a lot of experienced players in their squad currently, and we think they can be a dangerous opposition.”

“If you look at how they have been setting up against teams, they can be very hard to break down, and coming from a break, we need a strong performance,” Byekwaso explained.

In form KCCA forward Davis Kasirye will have an axe to grind as he meets his former side for the first time since arriving at Lugogo in August.

Kasirye has quickly become integral to the project at Lugogo, scoring three goals in his first five appearances at KCCA. However, Byekwaso warned that they will not concentrate on individual battles.

“Winning is all about the team,” the KCCA coach stated. “If the three departments work hand in hand, and everything is in sync then it is easier for the group to succeed.”

“Of course, there are individual ambitions in specific games, but the team comes first and if the group achieves its objectives, then it is easier to get the results,” he continued.

Elvis Mwanje was cleared this week to return to full training, but Byekwaso confirmed that will not be involved in the game before also stating that Peter Magambo, Brian Kayanja and Emmanuel Wasswa continue to be ruled out.