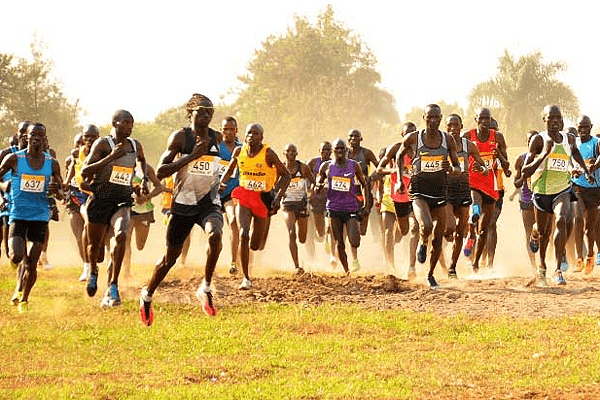 Since its inception in 2009, the Source of the Nile Half Marathon in Jinja has become a revered event on the Uganda Athletics Federation carlendar and biggest national road race in the Eastern region of Uganda.

Set at the banks of the prestigious River Nile, the world’s longest river – it has provided a proving ground for several national heroes and road runners. Perhaps the biggest story to be borne out of the event is the current World Half marathon record holder Jacob Kiplimo.

The event will hold its ninth edition this Sunday, and will feature only the 21 km half marathon; though the organisers still hold hope that it will eventually upgrade to a full 42 km marathon in the future.

To provide a worthy challenge for the athletes, the organisers provided a change in the start of the race designing a near flat course with only a tempting hill climb a couple of metres after the ster.

They will then follow the main street up to Nalufenya road and turn left, proceed along Nalufenya up to Kira road make another left turn which will lead them back to Bride street and end loop one which is estimated to cover a little over five kilometres.

The second and third legs of the marathon are similar and longer covering over seven kilometres, and the course is altered as competitors will proceed past Nalufenya and join Eng Zzikusoka way then take a left turn leading up to Gadaffi round about from where they will head to the Tororo-Kampala road.

Competitors will proceed along the Tororo-Kampala road up to Amber Court and then turn back onto Nalufenya road proceed over the Railway bridge and turn back to Kira road which leads them back to Bridge street and to the finish line.

The event will run for a third consecutive year following a five year period period in limbo, with 2021 winner in the men category Fred Musobo returning to defend his crown.

Musobo will hope to prevail from a strong field of over 120 athletes who are expected to start the race. Among them is 2020 winner Chebet Abel who returns to reclaim his crown.

Chebet’s winning time in 2020 was at least a second faster than Musobo who stopped the clock at 1:03.01 when he prevailed last year.

Andrew Kwemoi Rotich will fancy his chances as well this time around after coming third in 2021. Victor Kwemoi who finished fifth last year will be gunning for at least finish on the podium.

Geoffrey Kusuro will rely on his wealth of experience as he tries to push through a remarkably younger field. At 33, the 2019 Kobe Marathon winner in Japan is one of the most experienced and oldest competitors.

Ali Cheburesi will attempt the Jinja half marathon for the first time in his career and arrives for the competition in a strong position after reigning at the Uganda National Cross Country in Tororo a fortnight ago.

The women field has managed to attract over 32 athletes and among those is Chesang Doreen who has rightly earned the title ‘queen of the east’ after winning both the 2020 and 2021 editions of the half marathon.

The challengers to her crown is Olympian Mercyline Chelangat who came fourth on her first attempt in the competition last year and Ajok Dorcus who finished second in Jinja in 2020.

Individual awards will include a two million shilling prize money for the winners of both men and female categories. Second place finishers will receive one million shillings.

Getting the Hottest Girls on Cam