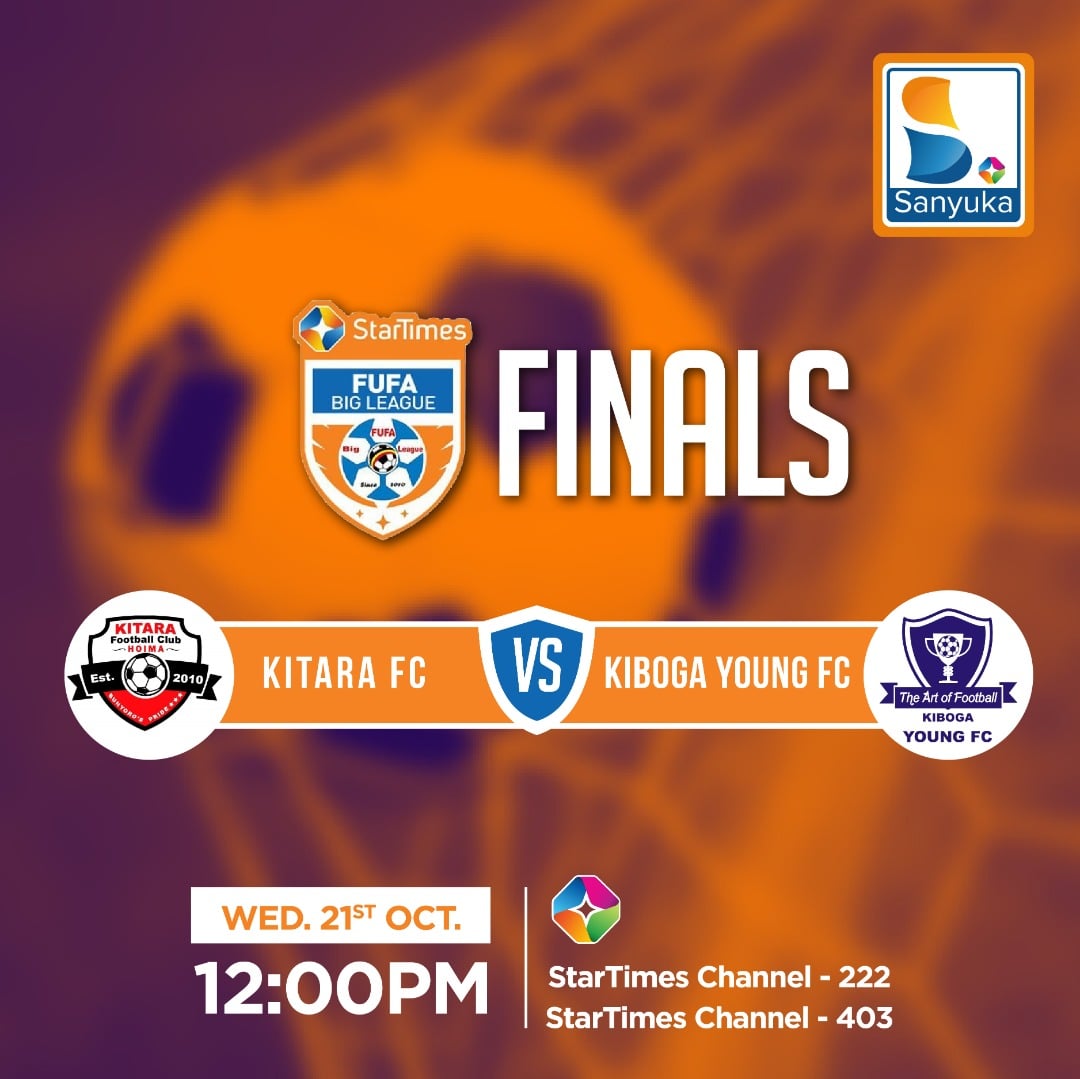 The battle for the final slot into the country’s top-flight next season has taken a new twist.

The gods of football have set us up for what is billed to be a thriller as Kitara FC takes on Kiboga Young.

But the headlines are more on the tacticians than the teams.

Promotion Specialist Richard Makumbi will be hoping to add the Mbale based Kiboga Young to the long list of sides he has guided into the top flight that includes Bunamwaya, currently Vipers, URA FC, SCOUL, BUL FC, Buikwe Red Stars, Fire Masters, Iganga Town Council, Mbarara city to mention but a few.

In the way of the experienced tactician however are his former employers, Kitara from Hoima, currently under the tutelage of a much younger gaffer, Mark Twinamatsiko.

Makumbi confidently brags that this big stage is his play area, but has some respect for his opponents.

“This (the big league playoff final) is my joking subject, but you never know. All teams that have come here are good and any of them can win. The team we are facing,(Kitara FC) has played in the super league before yet we (Kiboga Young) haven’t. So they have more experience than us in the league,” said Makumbi in an interview before the game.

Richard Makumbi has been on the touchline for over 25 years and remains one of the most experienced active coaches in local football.

But despite being highly decorated, his less experienced opposite number Twinamatsiko says he respects but does not fear his predecessor.

“We came here ready to play any team and fight for the last slot in the StarTimes Uganda Premier League. We are limited on the number of players, we have only 17 but it’s good that we shall be allowed to use five substitutes,” said Twinamatsiko.

“We did not get the chance to train on the artificial turf but that is what it is. We still have to play and do our best to win,” he added.

Mark Twinamatsiko is one of the most promising young coaches in the country’s top leagues and has his own success story that includes promoting The Saints and guiding Doves FC to the playoff final last season.

To make it to the final, Kitara FC beat Kataka 7-6 on penalties following a goalless draw in normal time while Kiboga Young came from behind to beat Ndejje.University 3-1.

The Big League final tomorrow and the entire 2020/21 StarTimes Uganda Premier League season will be broadcasted live on the home of sport Sanyuka TV.