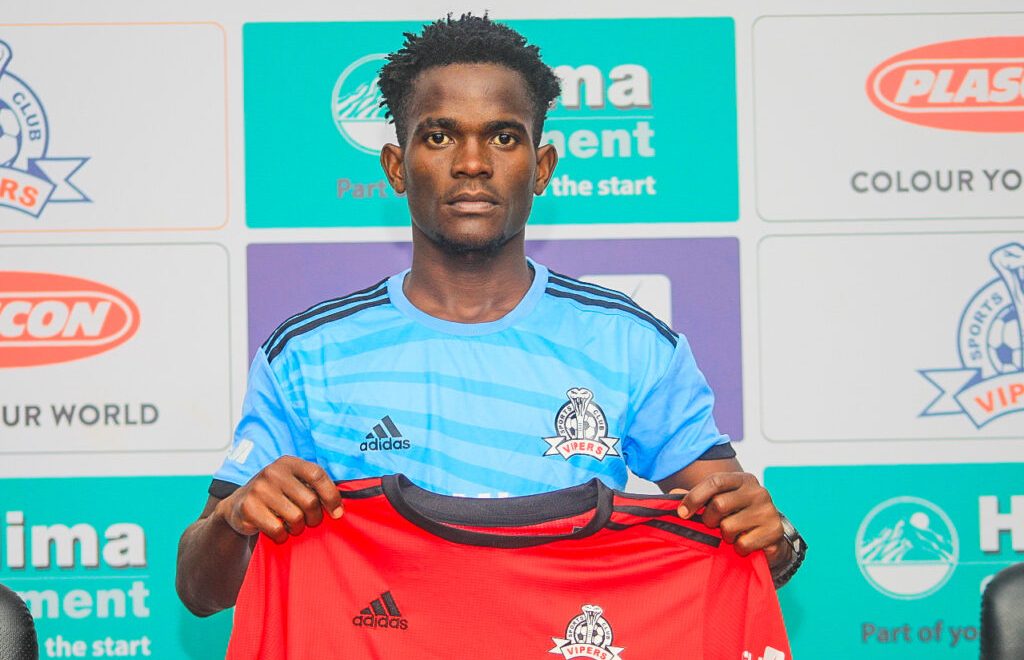 Vipers SC confirmed on Wednesday morning that midfielder Frank ‘Zaga’ Tumwesigye has completed a return to the club on a free transfer.

The 22-year-old attacking midfielder will return to his boyhood club on a three-year contract after a year with Police FC.

Zaga moved to Police from the Venoms in August 2020 and went on to make 17 league appearances contributing 12 goals and assists (five goals and seven assists) in one season with the Cops.

He looked to have rejuvenated his career as he helped Abdallah Mubiru’s side to a sixth-place finish as well as a run to the semi-finals of the Stanbic Uganda Cup.

However, the midfielder became distraught with the welfare at the club seeking a mutual termination of his two-year contract with 12 months to go.

Zaga returns ‘home’ after six months without a club and will be hoping to add to his two StarTimes Uganda Premier League titles he won during his initial stay at the St. Mary’s Stadium.

“I am now a changed player.” Zaga told Vipers SC media in his first interview.

“I have seen and learnt a lot during my time away from Vipers SC and this time I come back a changed person with a different mentality.”

“I know Vipers SC is a team of pressure and competition and l am ready to compete for a place in the first eleven. And l surely know l will make it,” he added.

Zaga is not expected to walk straight into Roberto Oliveira’s team as he faces competition from players like Bright Anukani, Abdul Karim Watambala and Milton Karisa to be the team’s creative fulcrum.

Vipers are chasing their fifth league title, and sit second on the league table a point behind leaders KCCA FC.

If Zaga’s registration is completed in time, he will be available for selection in Vipers’ game in hand against SC Villa on Friday 2.