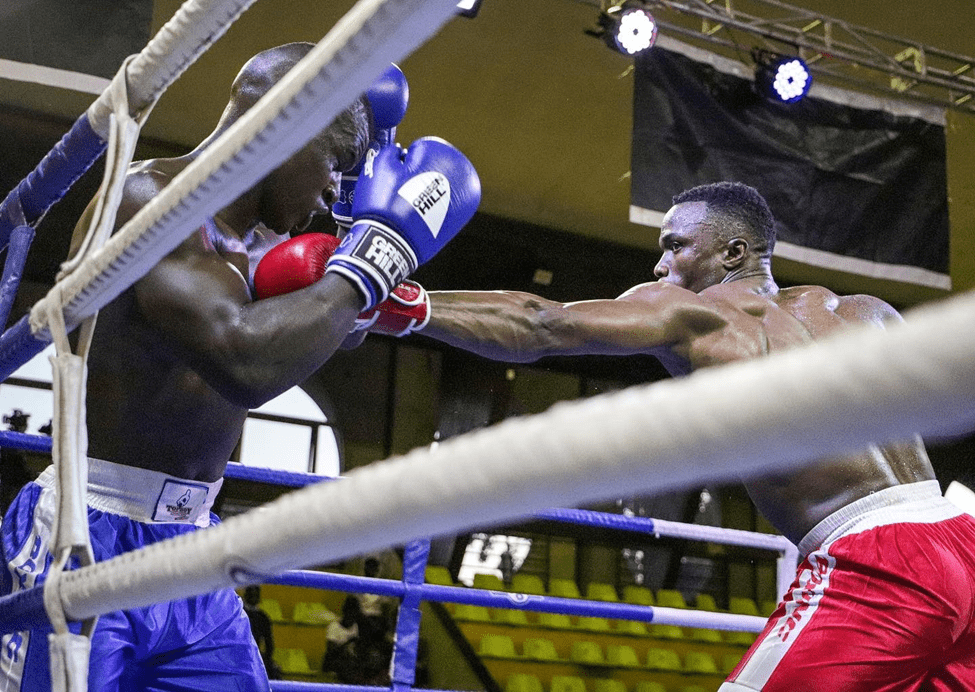 The Inaugural Uganda boxing federation (UBF) Champions League returns this Saturday at the Lugogo Arena with 12 bouts on the card.

The mandatory weigh-in and medical that includes the COVID-19 test was done on Friday morning at Route256 in Lugogo.

As action returns after a fortnight, Isaac Senyange Jnr, the son of the late Bombers captain Isaac ‘Zebra’ Senyange wants to recover from his loss against experienced Joseph Owino in his first bout of the competition.

Senyange lost by a split decision (4-1) despite a spirited performance.

“I do not know how I lost, but the judges saw it. I tried my best, but that is gone. I am now more focused on the next fight which I must win,” noted the Zebra Boxing Club boxer who takes on Richard Kasujja in the Lukanga boxing club.

In the much-anticipated fight of the day, Nakawa Boxing Club’s Yusuf Nkobeza, who drew his first bout of the competition a fortnight ago, takes on Denis Okello of Katabi Boxing Club in the middleweight bout.

“I want to hit him 200 punches in a single round, and he must not exceed the opening round,” vowed Nkobeza.

Okello, who believes that his time is now, said that it is time to educate Nkobeza.

“I trust my vision, power and speed. Nkobeza is a coward who cannot risk attacking me,” noted Okello.

After the opening up of the economy with sports getting full resumption, UBF has introduced entrance fees ranging from 20000 to Shs1.5m for a table.

According to UBF president Moses Muhangi, it is good to have fans back to the arena to cheer their beloved boxers.

“The fans bring that vibe inside the arena and motivate the boxers to have their A-game knowing that they have that support,” he said.

“We have been missing our fans. That vibe they bring as they cheer their sides are awesome, and we look forward to having them back. When the boxers know that they have support, even their performance is enhanced,” added Muhangi,

“So those who want to have swag and chill with the big boys should make their way to Lugogo and have fun as boxing and music come together for the best weekend entertainment.”

“For those who may not be able, at least we catered for them as the action will be broadcast by Sanyuka TV,” noted Muhangi, who asked the fans to ensure observance of the ministry of health COVID-19 SOPs.

For the first time, there will be two female boxing bouts as Sandra Attermo (KBC) takes on Nali Jalia (Zebra) in the Bantamweight before Phiona Kansiime takes on Nsangi SS student Ndagire Shalua (Lukanga) in featherweight.

How Much Does a Email Order Bride Cost?