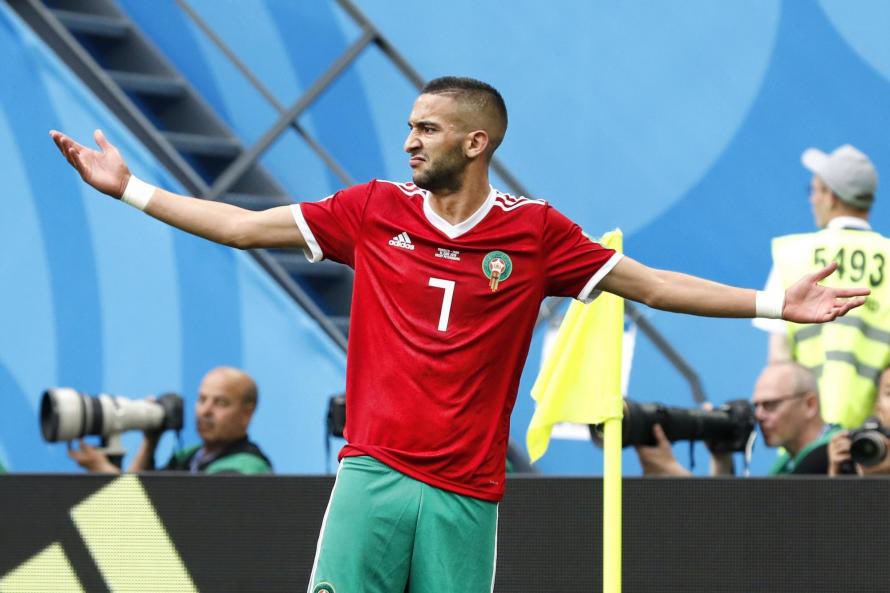 Chelsea FC forward Hakim Ziyech was a notable absentee from Morocco’s final squad for the 2021 Africa Cup of Nations (AFCON).

Ziyech’s absence though surprising came as a no shock following his superb fallout with head coach Vahid Halilhodzic earlier this year that has seen him boycotted from subsequent international games.

The forward who has won 41 caps for Morocco, scoring 17 goals was left out of all six of Morocco’s 2022 FIFA World Cup qualifiers between September and November, after he “refused to work” for the team according to Halilhodzic.

The Morocco coach explained in June that the player’s conduct was not one of an international player, and a leader in the team who must be a positive role model.

“His was not that of a national team player who, as a leader in the team, must be a positive role model,” Halilhodzic stated.

“He arrived late and after that, he even refused to work. There was no point in discussing it afterwards, as a coach the answer is right there to see.”

“For me, the national team is above everything, nobody can hold it hostage.”

“A player who refuses to play a game, admittedly a friendly, on the pretext that he is injured. The medical staff made several examinations and said he could play.”

“He then refused to warm up in the second half because he was disappointed to be a substitute.”

“For me, that type of behaviour is unacceptable. You can’t cheat with the national team. You are 100 per cent there or you are not. I won’t tolerate it.”

Ajax defender Noussair Mazraoui, who also faces a similar crime like Ziyech has also been left out for the AFCON.

Wolverhampton Wonderers defender Romain Saiss has been named the captain of the side that also includes PSG defender Achraf Hakimi.

The Atlas Lions are considered pre-tournament favourites despite not winning the continental prize since 2004.

They have also reached the quarter-finals in the last 17 years with their best appearance during that period coming in 2004 when they finished as runners up.