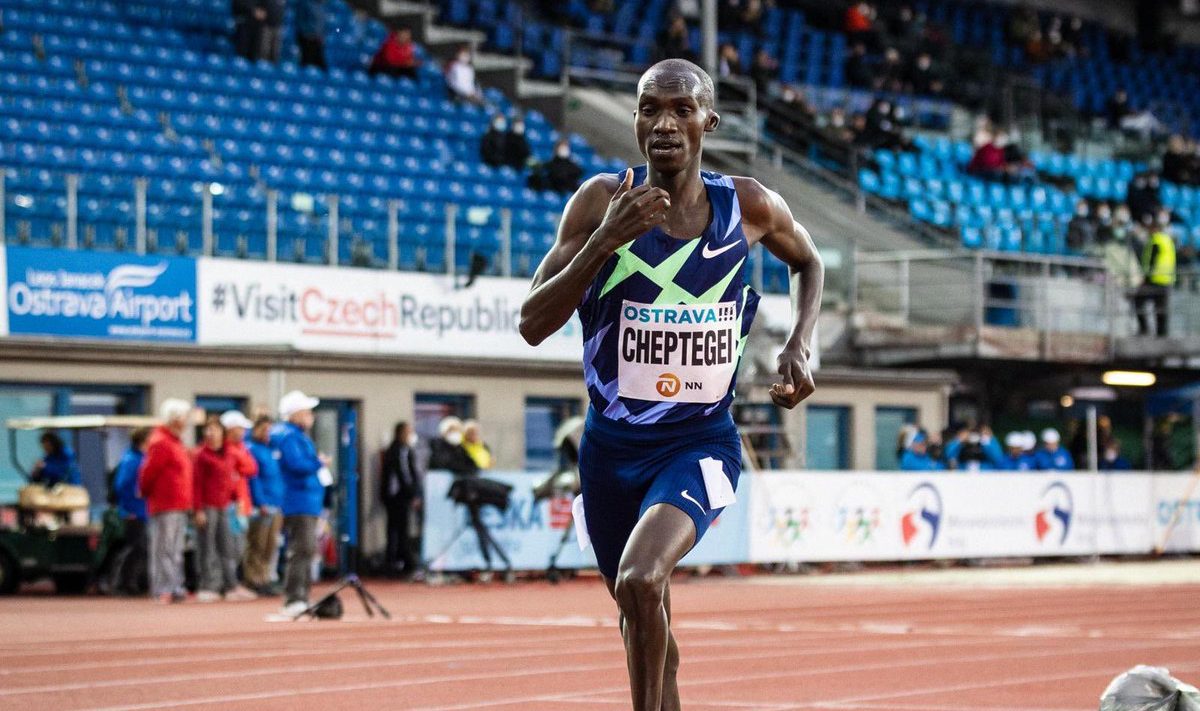 Joshua Cheptegei believes he is on the right track in his preparations for success at this year’s World Championships in Eugene, Oregon, USA.

Cheptegei is still chasing to add the World Championship gold to his medal haul, is expected to compete in both the 5000 and 10000m races.

The current world record holder in the 5000m came short of breaking his own record at the Nike Pre Classic despite posting the fastest time over that distance this year at the Hayward Field in Eugene.

Speaking after the race, Cheptegei suggested that he is on track for success when the World Championships are held in the same area in eight weeks’ time.

Cheptegei said: It was a good performance especially leading up to the world championship. I am grateful that my preparations for the world champs is on the right track.”

“Today I was not able to race fast, but you never know in the future. I am certain that my performance will improve by the time the event is held.”

Despite feeling a little disappointed in his attempt to improve his world record time, Cheptegei put it down to the uncertain conditions at the Prefontaine Classic.

“After 1k (like three laps), I realized I was not able to run as fast as I wanted,” Cheptegei stressed, adding; “I saw a lot of wind and I had to change the strategy.”

“There was a little head wind which is not the case with Monaco where you are sure of the kind of weather.”

“It was really cold out there so I felt that I couldn’t push more. It is not a faster track maybe for long-distance races.”

“Overall, It was a good rehearsal, and I hope that I can come back in the race period and try to win the World champs,” he continued.